Light in my kitchen (Fibaro Dimmer 2) occasionaly goes on (while it shouldn’t) , but it looks like it’s not triggered by a flow

This is the history for the device.
Light turns on with movement, light turns off when there is no movement.

But sometimes it says Fibaro app as trigger. Why? 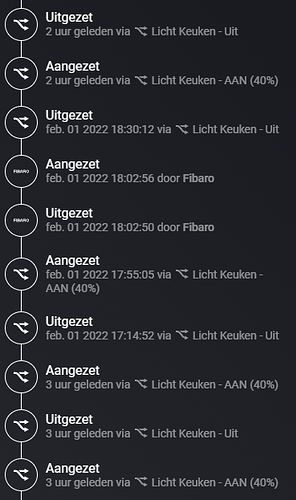 These are the flows connected to this device: 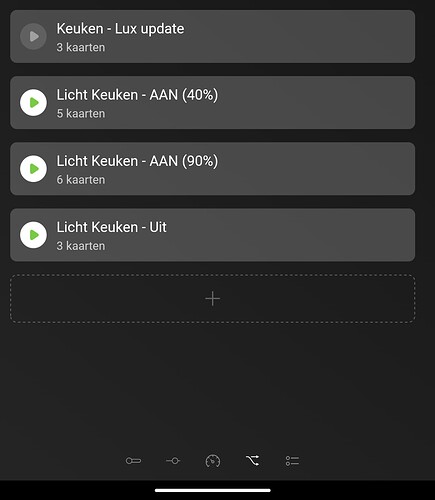 How do I find out why the Fibaro app is turning on my light? 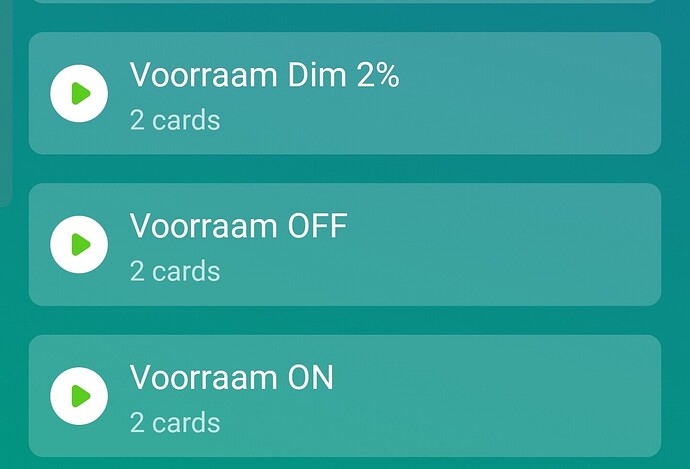 You see flow “Voorraam Dim 2%” is not mentioned, just “Turned on”

Yes, I found that out recently. Reported it to Athom.
In both cases the light is switched from the flow, so I think the history should be corrected.
Support agreed, let’s see if they change something.

But in my case, there are no actions (as far as I know) that Dim Light to xx%
All my actions for this device are turn On or Turn Off.

Ah okay. I “assumed” the dim thing could be the case because of your flow names 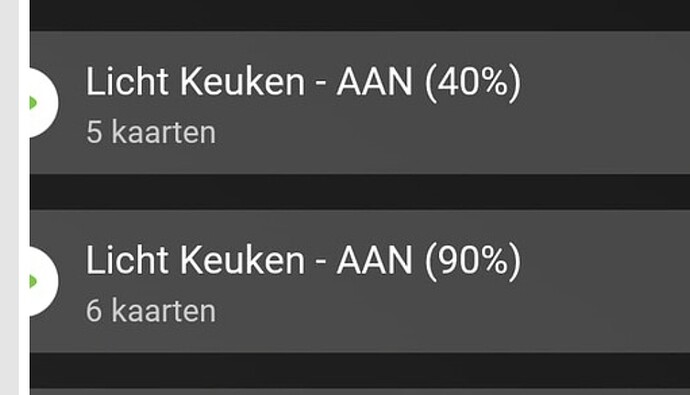 So after the ghost switch ON, switch it off again

I understand the assumption. Because of the History issue I changed the flows. Action is now Turn Light On, then 1 second later Dim to 40%.
This way the logging is better for finding the unexpected switching of the light.

Yes, I also have an extra flow.
If: Zone is inactive for 1 minute
And: Light is On
Then : Turn Light Off

Action is now Turn Light On, then 1 second later Dim to 40%.

That’s a good idea for the logging purpose!

Yes, I also have an extra flow.
If: Zone is inactive for 1 minute
And: Light is On
Then : Turn Light Off

Anyone else have an idea how to find the trigger that turns on the light?

I just looked in the history of a Fibaro Walli Dimmer and a Walli Switch.
Switched on/off by Fibaro is listed in the history when I switched them manually.
Is it possible that a household member manually turned the switch on and then quickly turned it off again?

Hi @fantross thanks for replying.

No, in this case that’s not possible. I saw the light go off and then after 10-15 seconds the light switched on again. There was nobody else at home. The motion sensor was also not triggered.

Could I be some Advanced Setting for this Dimmer 2 device?
These are my settings: 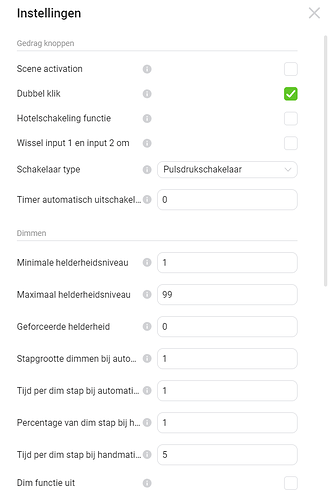 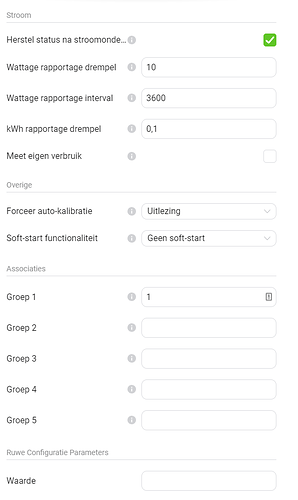 No, I don’t think so. But I don’t speak Netherlands and I don’t have a Fibaro Dimmer 2 myself, so I’m not able to identify all parameter.

Do you have additional flows for turning on/off lights in a zone?
Might the light be turned on or off by an association of another Z-Wave device?

I have had behaviour like this a couple of times. I believe it is due to load-issues (protection). Either too low or too high to handle by the dimmer. Do you have very little load on the dimmer?

Ik believe 15W is some sort of minimum load for the Fibaro dimmer 2, otherwise you would have to use a Fibaro bypass (to add about 15W of load). But if the auto-calibration works properly, it might not be necessary. 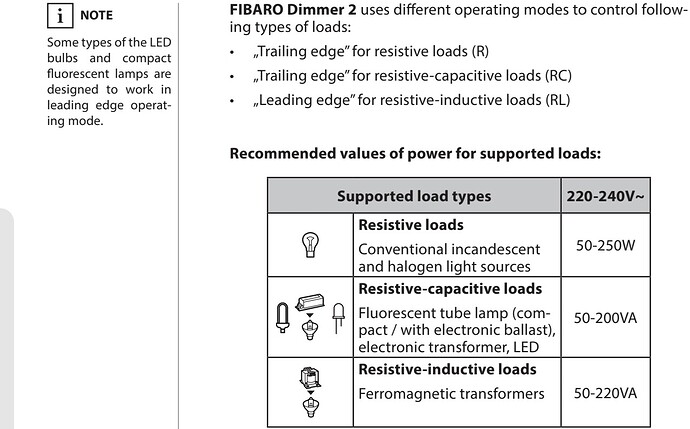 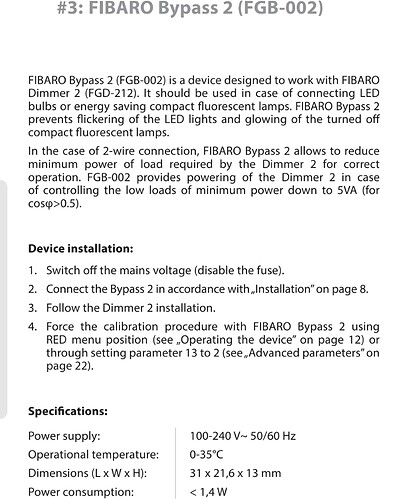 Anyone else have an idea how to find the trigger that turns on the light?

Not fully what you ask.
Bu you can add “papertrails” to your flows. (@dijker is it still possible to have them automatically added to all your flows?)
This will at least show you which flows were triggered and executed.

For me this has helped me solve loads of issues.
(Discover flows that are triggered unexepectedly/ unintended)

I use Simple Log and that works great for finding issues in flows.

But in this case the light is not switched on by a flow.
It’s turned on by the Fibaro app and I have no idea why.

It also only happens once every 2-3 days.

is it still possible to have them automatically added to all your flows?

I tried the other day, but no luck. But one day it did work fine though.

It’s turned on by the Fibaro app and I have no idea why.

Dont have the fibaro app. But does it support actions?

I had a conparable issue with my hue. Turned out a action was created in hue that turned on the lights

Unbelievable, last night I had the same problem with a Fibaro Walli Dimmer in the bedroom. The lamp went on and immediately off again.

Btw, although the lamp was off, the device tile of the Fibaro Walli Dimmer in the Homey app was still on!

For anyone interested,
There’s a new way to find out what/which flow/who turned a device on or off.
The app used is Device Capabilities.

Here an example how to use it: [image] You just need the Card “Retrieve the value of [device] for [capability] for 0 minutes ago”. For you that would mean, Retrieve the value of [afzuiger WC] for [onoff] for 0 minutes ago. The Retrieve card also has a token with the value, which you can check for true or false in this case. But i guess reading your question again, i think you would just need the Turned on trigger and the Retrieve card.

So, actually you would need this: [image] (Check if you need the token Client or User, but it should be Client for Apps)