I was wondering if the new Homey Bridge will be able to send commands to local network devices like a LAN device? 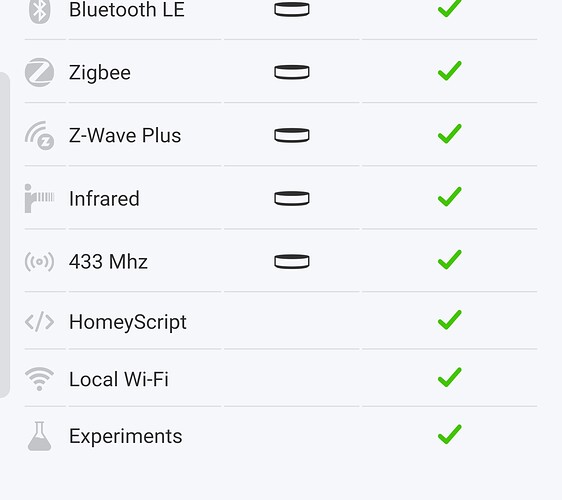 I understand it becomes a support issue but it’s important for the user experience and sales. I see a lot of posts already about this. I’m hoping this feature might be possible later in at least a ‘basic’ form like device control ??

As a multiple Homey Pro owner it doesn’t really impact me so personally I’m not bleating about being misled - just saying I think it’s a key feature that is missing and will impact the products success.

As said in the AMA YT video, they don’t want the target audience have to fiddle with IP addresses, API keys and what not. More a somewhat plug and play style for absolute non-techies.

I know they did and I personally don’t think it’s beyond their target audience. At least a lot of them. Discovery of many IP devices is available in much the same way as Zigbee or Z-Wave. My own opinion on a major shortcoming I feel.

I have seen you reply to almost every post on here Peter with an authoritative statement on Athom’s behalf - do you work for them or are connected somehow ?

As said in the AMA YT video, they don’t want the target audience have to fiddle with IP addresses, API keys and what not.

That’s just a load of BS: most devices use autodiscovery nowadays (so no need for IP-addresses) and have “open” local access (so no API keys).

I can think of at least 4 reasons why Homey Bridge doesn’t support local networked devices:

I quoted Athom, just to be clear

the built-in main microcontroller is too limited to be able to handle a decent amount of network traffic;

They explained / admitted that too.

.
But why do they still sell it like this, that’s confusing / misleading even 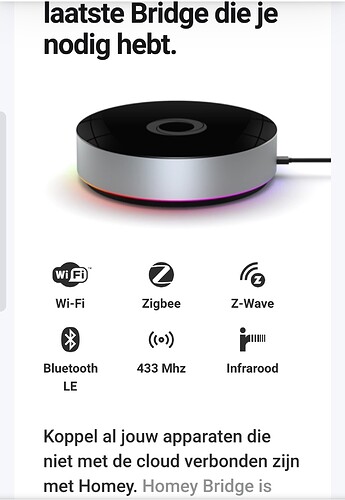 But why do they still sell it like this, that’s confusing / misleading even

Maybe a stupid question, but will the lack of support for local wifi mean that I can´t use things like wifi lightbulbs and switches with Homey bridge?

It depends: if those devices are operated through cloud servers (like a lot of Tuya devices are), then they can be controlled by the Bridge provided that there’s a Homey Cloud app available for them.

If the devices are controlled locally (over the local LAN) then you won’t be able to use them with the Bridge.

And how does that work with sonos devices, which seems to work on the beta platform?

Thank you for the reply.
So, all CLOUD based services can be added (shelly, sonos cloud, tuya cloud) etc
But there cannot run any tcp/udp service on the bridge itself? Thats very sad. Specially when this is the “future” for homey. Cant connect to local devices like modbus tcp or devices using rest. So you’ll be depending on more and more different cloud services. I can’t really see that as a step forward.

Not sure it was meant to be a step forward in any technological sense of the word. It’s a “dumbed down” product (actually a service) that will generate some cash flow for Athom while lowering the entry ticket for users with modest requirements. Athom was pretty clear about this. The Bridge is only an accessory to the Homey service.

But there cannot run any tcp/udp service on the bridge itself?

Athom was pretty clear about this.

Thank, I missed that. I don’t really follow Athom.
The new regarding the hub and the cloud service seemed very promising. I assumed that the lack of communication only meant that it can’t work as accesspoint or some like that. Almost every “gateway” or bridge is nowadays capable of communication with local Lan at at least 10mbps. What did they put in the puck? A 8050 core with an Ethernet to serial bridge?

Well, then i’ll just stick to my openhab instance.
Thanks for the answer.

A 8050 core with an Ethernet to serial bridge?

Thank you for your reply. ESP32, well that explains a lot…

ESP32, well that explains a lot