With the coming of the new Homey Pro (Early 2023), based on a Raspberry Pi Compute module 4.
This Homey does have some changes internally that developers have to account for:

This is a Wiki-post, so you can edit this post yourself by clicking the Edit button at the bottom of this first post.
If you see a mistake, or see an improvement feel free to edit the post.
Any negative or bad replies in this topic will get deleted without notice.

Apps that need an update in some way or form:

Support for Homey Pro (Early 2023) is in progress/test:

Support for Homey Pro (Early 2023) has been planned:

Replaced by a working app:

Alternative app with the same function(s):

Will never be supported/won’t work on Homey Pro (Early 2023):

Delete this if not interesting but the Fakro app mentioned is a really old one that Athom has forgotten exists I guess. The new one is supported. 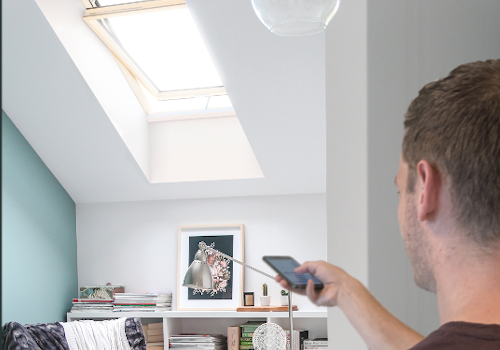 Apps using SDKv2 will be flagged “not available” in the app-store from January 2023 on, so I don’t think that’s necessary (yet), also it wasn’t at the bottom of all the apps, meaning it is still used by some people.
I guess we can add an additional tag behind the app.

Blink is replaced by Blink for Home > Appstore

Community store apps based on SDk3 will be supported I guess?

Most likely, as long as they are SDKv3 apps, doesn’t look like app loading will be any different from old Homey Pro’s

Better Logic and Chronograph are two I use A LOT - it’s a shame the functionality of these can’t be brought natively into Homey, as looking at when they were last updated, it seems like they may not get updated.

When you read the Chronograph topic, you’ll discover the app is transferable. So when you know any developer who wants to take over, spread the news!

Chronograph is really an app I use allot!! lets hope someone will take it over!

No one is forced to switch to the new Pro right now. At the moment, it is only there to activate the developers and to satisfy one’s own play instinct.
The old model will work better for months to come. If the old one starts to show signs that the SDK2 apps are no longer working, just turn off the automatic updates.
The new model will be great, but it’s only beta and still in development and won’t be able to completely replace the old Pro at this early stage.

So you think that the SDK2 apps will “just” become unavailable, therefore they will keep working until it will be required to reinstall them or untill old Home Pro gets firmware update, correct?

Athom can’t uninstall apps from the outside.

So apps will keep working until a firmware update of (old) Homey Pro is released that disables SDKv2 (they will crash/auto disabled).
Though installing apps won’t be possible from January 1st, that includes restoring backups.

Thank you for confirming my thoughts, just disabled firmware auto-updates. I still believe the timeline is ridiculously short for such move - regardless how complex it is to switch to SDK3, probably this depends per app/solution. ;-(

SDKv3 was released to stable on February 10 2021, along with Homey v5.0.0, so 20 months ago, not sure how much time would be necessary if that is called short

Yep, you are right, but probably the motivation to switch (benefits of SDK3) weren’t probably so strong, that those almost 300 apps would have been migrated already. But I’m not a developer but can however understand that some of community devs might give up. A pity there isn’t some good motivation for those to make the migration happen - we as community can always donate but this might be not enough - I saw some people gave up just because of “political” reasons. Anyway, end of OT

Will the new Homey Pro support 868Mhz for Somfy RTS? I missed this in presentation. If not then the new Homey is no option for me.

I have added two of my apps: Device Capabilities (for the moment) and apparently Muziek Url Omzetter App voor Homey | Homey (which playes (large) mp3s directly from url on homey itself)?


And, when you look into the appstore for Soundboard it shows a nice

(App not compatible with 2023)
Much beter than some other messages.

I have the Music Url Converter app, which plays large mp3’s from URL directly on Homey.
This app is not gonna work in the 2023 version and there is no point in rewriting it or something.
Because the Homey doesn’t have a speaker.
So, best to leave the app as deprecated so older models can still use it.

So the best thing would be for me to put an “deprecatedfor2023” tag in the app.json or something like that. Do you know of any way to get this message on the appstore?
or does @Emile, @Jero or someone else from Athom knows?

Well, I am a little shocked about the lack of the userdata folder. Is there any alternative to it?
Also @Caseda my Micro WebServer might no longer be supported as it relies on this folder.
If there is no usable alternative I might as well set the app into deprecation.
I might be able to update the rest of my apps to make them compatible. Gotta see.

I just updated the post that Athom is rethinking that decision

(includes the source on Slack, give it a thumbs up so Athom knows it really is needed)