Hi All,
I’ve just been playing with Home Assistant and added a switch on HA and tried to import via the Homey HA app

Assuming you installed the Athom HA app, I’d like to recommend the community HA app 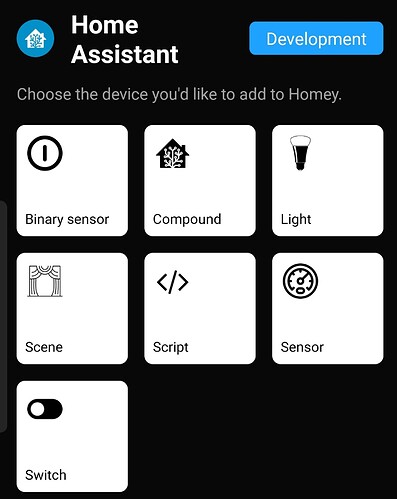 Ah okay, I was aware of that but I think because I saw the other in the standard store i assumed they were the same!
Will give that a go!

No there not the same, the standard store app is pretty basic.

Installation shouldn’t take more than a minute. The app replaces the Athom app, you should see “Rob Groenendijk” mentioned under “Home Assistant” at the app listing.
Are you logged on? 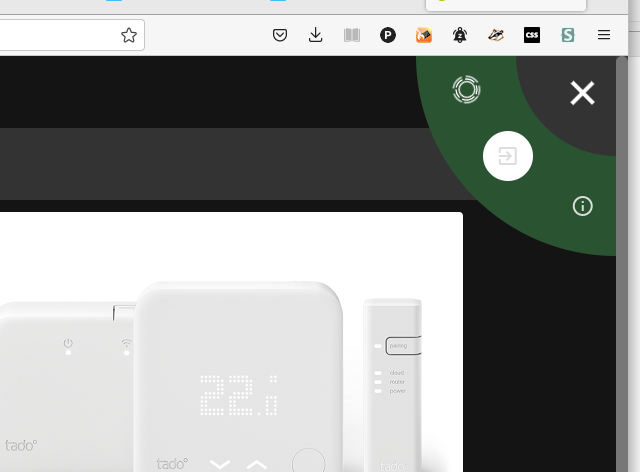 Unsure if this is something odd on mobile, but will try on desktop when I get a chance

Indeed try an other browser. With Firefox it seems to work best. And / or start browser in incognito mode. Logon again and give it another go.

Really odd… I’ve just tried all browsers, it at least makes the right moves
The HCS site can read the apps installed on my Homey, the HCS store is installed with v2.2.1, but nothing I do actually seems to make the apps install on Homey… not sure what the next step would be

Do or did you have other Homey’s?
Does Homey’s name match?
Do you have a pi-hole or other ad-blockers?
Maybe log off of Homey and all related sites, and logon again makes a difference

Hi all, I have a problem. I can login the Homey Community Store without problems. I can install the HCS app without problems from a Windows 10 system. The minute the HCS installer is done the app pops up in my Android Homey app. But after this I’m unable to install any app from the HCS. I used a Chrome browser and the Edge browser from my Windows 10 system. I used the chrome app on both my tablet and my phone. And I used Mozilla from my tablet and my phone. I can login to the community store wi…

Thanks for your reply. A few weeks ago one of the creators fixed something. Can’t remember exactly what, but it had something to do with Homey blocking something on their end.

Oh strange, what you’re describing there Dennis is exactly what is happening to me

Hi Dennis, I was replying Vaderag and quoted your issue while it’s similar

Has the community store been killed?

Tried two devices and I just get the below when trying to authorise after clicking allow so I no longer get the code? 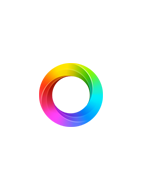 Or is it just bad timing and something had broken?

That worked for sign in, thanks.
I uninstalled the HCS app, and successfully re-installed it via the installer…
Unfortunately I still seem to be unable to install any apps via the HCS… (still using firefox

Any other thoughts / ways?

Also, as an aside (and actually more important to me right now), is there a way to reveal Homey devices to Home Assistant?

EDIT: I tried installing a different app (SmartThings, don’t need it just wanted to see if issue was related to Home Assistant) - it seems that it has caused a colossal failure in my Homey now - I seem to be in a reboot loop (presumably as it tries to install, fails, and breaks…)
Not really sure how to fix that now

seem to be in a reboot loop

Power Homey off,
(optional: wait for 11 minutes),
power it on,
turn it up-side-down,
Wait for aprox. 1 minute,
Open mobile app,
Goto …More
Select your Homey name (at the top),
Select ‘Add new Homey’,
Connect it with your wifi,
You can try the ‘Full software download’,
Or restore a backup of an earlier date

unable to install any apps via the HCS

Sure you are logged in?
For mobile Firefox: enable ‘Desktop mode’
Hit the green thing on the upper right

is there a way to reveal Homey devices to Home Assistant?

(Note: The MQTT broker can be installed as add-on in HomeAssistant, instead of on the NAS):

Hi, i would like to share instructions of how to setup MQTT on Homey to make your devices visible in Home Assistant with a Synology NAS. Thanks a lot to @HarriedeGroot for creating the MQTT Hub, @scanno for the MQTT Client (and Broker, which unfortunately will not be included in this tutorial since my setup is on a Synology NAS with Mosquitto as a broker) and @Gustav_Tillback for initially sharing the first steps in creating this setup which will be explained in further detail below DISCLAIMER*…

I have Zigbee2MQTT set up on HA so already have the MQTT broker running so will check that doc out! Thanks

Also using this opportunity to create an official Homey Backup with my free trial… may as well get one in there!

Nice to hear.
You can buy Homey backup for the little amount of $ or E10,- a year here. It saved my ass twice already!

Power Homey off,
(optional: wait for 11 minutes),
power it on,
turn it up-side-down,
Wait for aprox. 1 minute,
Open mobile app,
Goto …More
Select your Homey name (at the top),
Select ‘Add new Homey’,
Connect it with your wifi,
You can try the ‘Full software download’,
Or restore a backup of an earlier date

Looks like I didn’t solve the issue. Homey crashed overnight and back in reboot loop.
Just tried the above and the backup has the same issue…

Any way to clean up any remnants from the HCS using cli or similar?