Proceeding on remarks of this chat:

cheap automation Is it this one? Is it just timed on/off or does it have more fancy stuff If it responds fast enough I see some opportunities to cool down the neighberhood cats 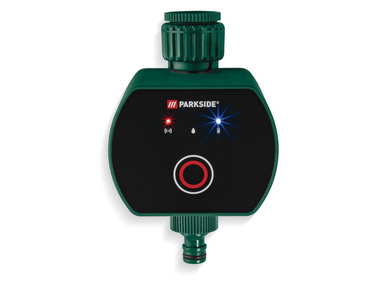 It’s not the one you linked to. That one is bluetooth. Mine is only Zigbee. It is only on/off. No other fancy things.

It is only on/off. No other fancy things

When it has just OnOff functionality: no need for an app.
Just add it as generic zigbee device

Did anyone get it working on homey already?
When I read this test it seems like it will only behave like a manual on/of via zigbee. Which means it will automatically switch off after 1min

it seems like it will only behave like a manual on/of via zigbee. Which means it will automatically switch off after 1min

Didn’t know that. It’s odd it shuts off after 1 min. when you turned it on manually… It seems to be just some sort of test button then.

The model below is supported by Tuya Zigbee app by the way:

If it’s not equal, a request for support can be made at that forum topic.

If it’s not equal, a request for support can be made at that forum topic.

David already requested it (thats where I noticed this device

I can confirm that it is indeed a timed on/off. I didn’t know that.
After turning it on, manual with the button on the device or via Homey (added as generic), the valve is opened for one minute.
The manual describes this behaviour too.

For now it is not supported so the interval or schedule can’t be adjusted.
There’s also no status update to Homey. So if it turns off after that minute, Homey thinks it’s still on.
The same when you turn it on or off on the device.

I also have a Woox R7060 here. Not tried that one yet.
The design and build quality of the Parkside looks much better. The battery compartiment from the Parkside is just a battery campartment. Isolated from the rest.

When you replace batteries in the Woox, you basically open the whole unit. You can see the pcb and the batterypack is dangling on 2 wires. And another 2 wires go from the front (that you seperate when you open it) to the valve in the back of the device.
The first thing i thought when i opened it to place the batteries was " these wires are easy to break".

Another thing… when closing the Woox after replacing batteries you need to be sure the rubber is still in the correct place. Else the whole unit can easily be filled with rain or water from the tap. This is almost not an issue with the Parkside. The battery unit is on the bottom and isolated from the rest of the device.

Is someone trying to be able to change the standards of this device by Homey?
I also bought this device believing it would be able to let it work via on/off.
But mine also shuts down after one minute.

As mentioned above.
A request is made to add it to the tuya zigbee.

For the time being a work around:
Every 55 seconds a new action ON.
I don’t know what it does to the batteries yet, but every new ‘on’ action means also 60 seconds before shutdown, so it stays on.