A few days ago my Homey suddenly lost connection permanently, not the flacky disconnects a lot of people experience but rather a full permanent disconnect.

For me there was no way to get connectivity back so I removed Homey Bridge, removed the Home and started over.

So I created my home again but as soon as I want to add my Homey Bridge again i simply can’t.

The Homey Bridge is in setup mode (blue pulsing ring) and my phone + bridge has been restarted several times. I do not have access to a different phone. 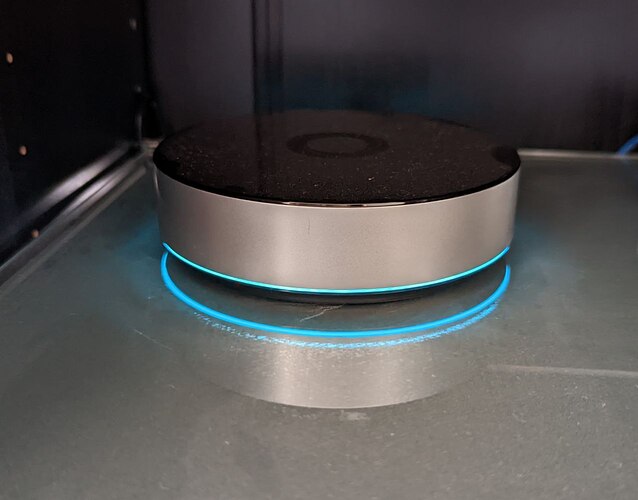 Afaik this is the bluetooth phase, wifi has zero to do with this.

Has anyone experienced something like this? or knows a solution?

or knows a solution?

Hi, I am wrestling with something similar. I have a brand new Homey Bridge. I have requested and received the beta code, create a home and now I am trying to add the Homey Bridge to my home but each time I am getting the message in dutch “Something went wrong, try again later”. Did you ever resolve this issue? Or is anyone actually able to tell what is going wrong?

I had the same issue recently. Just unplug the device, wait about 10 seconds and then plug it in again.
After it turns blue again it should work.

Had the same issue from my Samsung S22 Ultra phone, when that failed I tried from my iPad, and that worked.

It appears to be a problem with the Homey Bridge in combination with Bluetooth on Samsung Galaxy phones. Athom support told me they are aware of this and are looking into it. In the meantime they suggested to use a different phone or device with bluetooth for the initial setup. Which I did and this solved the issue for me. After initial setup I was able to access the bridge through the app on the Samsung Galaxy S22+ phone as expected.

The problem was my pixel 6 pro.
When I used a borowed OnePlus 8 the installation / bluetooth connection to the bridge worked fine.