Neo Coolcam plug flow worked for a while and then stopped

Using a Neo Coolcam wall plug since a few weeks in a flow to switch on a water heater under the sink and seemed to work fine. Plan was that it switch on the boiler when house is active between 08H00 and 23H10. So when I leave to work before 08H00 it doesn’t need to switch on the boiler, but only when I get back from work. When home office it should switch it on after 08H00.
A second flow is always switching of the boiler at 23H12.

I had 2 easy flows for this.
1 switching the boiler on
When
*House is active
AND
*Time is between 08H00 and 23H10
Then
*SWitch on BOILER (Neo Coolcam plug)

A second flow:
When
*Time is 23H12
Then
*Switch of BOILER

The last 4-5 days the boiler doesn’t come on anymore.
I can see that in the past the flow were working ok, but that randomly the NEO Coolcam switch of the plug itself.
Sometimes during day, sometimes during night. No idea what triggers this. And a flow is then not switching the boiler back on then when house is active.

What is happening here? Why is Neo cool cam switching the plug off?
I thought about max power reached, but in the night there is no consumption as it should be switched off after 23H12. 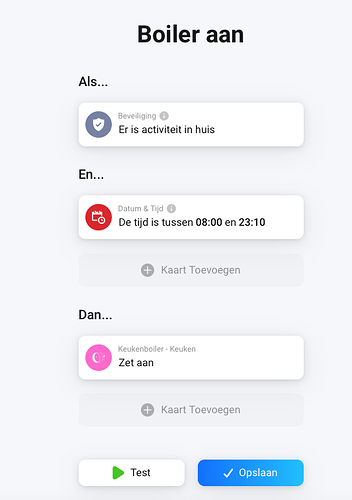 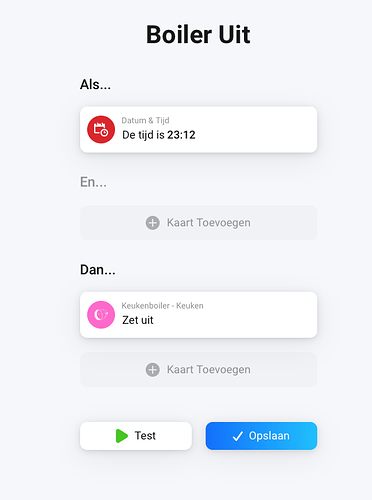 Neo coolcam plugs can be automatically switched off after a number of seconds. This can be configered in the advanced settings of the plug. Maybe that’s what causing the issue?

Hi Walter, thanks for replying.

This function is not switched on in my case. 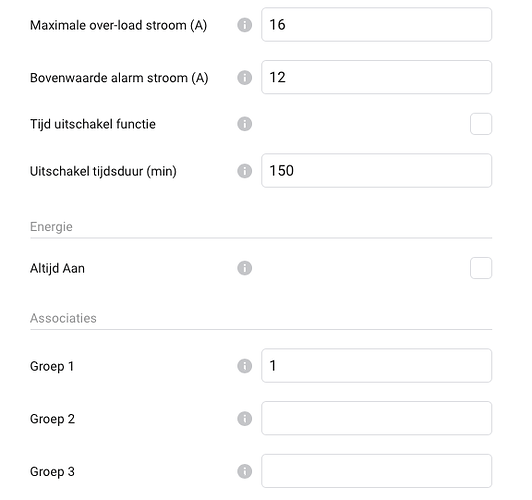 No idea what triggers this

Hi Chris,
This can be discovered with Device Capabilities app like this: (it’s 1 flow, cut in 2)

Here an example how to use it: [image] You just need the Card “Retrieve the value of [device] for [capability] for 0 minutes ago”. For you that would mean, Retrieve the value of [afzuiger WC] for [onoff] for 0 minutes ago. The Retrieve card also has a token with the value, which you can check for true or false in this case. But i guess reading your question again, i think you would just need the Turned on trigger and the Retrieve card.

So, actually you would need this: [image] (Check if you need the token Client or User, but it should be Client for Apps)

Wow…seems very difficult.
I also don’t have the advanced flows yet. Just starting with Homey, so almost no programma g skills (why I choose Homey above HA or others).

Isn’t there an easy way to understand why the flow worked 2-3 weeks and now stoppen, while no new flows were added by me in the last weeks.

Was this a reply to my issue? As I don’t understand it at all. Sorry.

Yes it was. I didn’t know your knowledge and skills ofcourse, but it is pretty straightforward, and no programming involved. But the optional Advanced flows is needed though.
Have fun with your Homey!