This is DOMOTICA in it’s smoothliest way.

I added a “turn off switch” in that flow too. So the virtual devide doesn’t stay on, preventing you to turn it on later (otherwise you manually have to switch it off and and then turn it on for the flow to trigger)

Thx i will try the flow tip

Once linked you simply shout:

Hé Google, turn on the beamer. 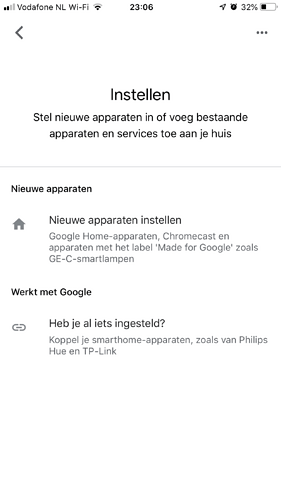 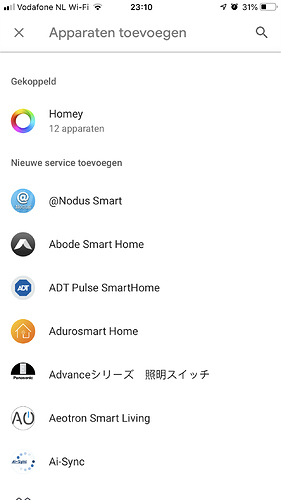 Also, if you have multiple flows you might want to create a room for those. It makes it a lot more convenient and prevents starting it by accident if it looks similair to a different device in your living room. This is how I have it for example.

I did unlink on Homey side.

What can be wrong.

You did unlink via https://assistant.google.com ?

Can’t control heatit thermostat either but they appear.

Yes I did. When I ask google to talk to homey it now says I first have to link homey.

I don”t know what can cause this. Maybe because devices like Hue are already directly linked to Google and are available in Homey?

google first gives the message Homey is linked and after some time that something went wrong.

What do you say to google home?

With the new integration you dont have to link google with homey the old way. You have to follow the new way and only say: “Switch xyz on” and not “Say homey to switch on”

Cool thing is Google has taken the rooms i set-up in Homey and adopted them!

The advantage is clear to me.

My system is not linking with google so I can’t use it the new way.

Weird. No Hue here so can’t test.
You can link from out Homey but also from out Google home. Might be worth trying both

Thank you for the tip. But…

What are your language settings?
Most clearly all screenshots (and also in my situation) Google and Homey are in Dutch.

Have you checked for updates on your phone and Homey?
i might note i’m in the beta channel with both Google and Homey.

edit: have you force closed the google home app and reopened after linking?

just ruling out some possibilities.

Google tells me Homey is not reacting at the moment, try again later.
Seems to be a problem in communication to Homey somehow?
Homey is 2.1.2 version

I have a Dutch Home mini working with an English Homey.