As there are a multitude of different energy meters connected to the Homey Pro, the Homey Energy view becomes quite overloaded and duplicated, triplicated or even more by the same values.

This way it would be easy to remove clutter from Homey Energy and show only the real information.

Yes this is a much needed feature. I have triple loaded energy measurements, excluded from usage, but they do still show up in the Energy screen.
Some of these devices have irrelevant values.
In general it should be usable as a setting 'exclude from H Energy" or similar, specified on a per device basis for max control.
Not sure how the ‘per zone’ would work that is listed in the previous post.

I have triple loaded energy measurements, excluded from usage, but they do still show up in the Energy screen.

Afaik, this is caused by the device itself and not by Homey. Either the device has an incorrect energy class or the function that the measured energy should not be added is deactivated. 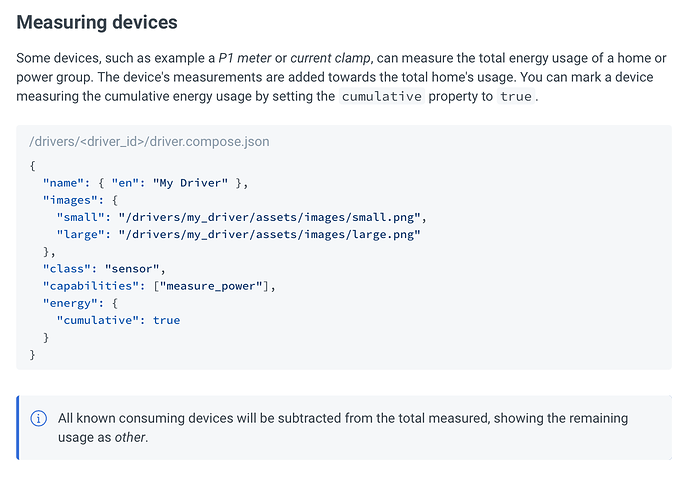 E.g., these are some parameters of my Qubino 3-Phase SmartMeter (Z-Wave):

And the measured consumption is not added: