Creating a flow for water heater and Tibber

Hi,
I have a hot water heater with a relay that Homey can control. I would like to have homey shut off power to the hot water heater in the hours when the electricity price is the highest. Tibber supplies the pricing for the today and the next day, but I can’t figure out how to get it to evaluate the 8 hours where the price is the highest.
Is there a way to do this?
I am a total newbie at flows so examples would be very much appreciated.

Hi,
I don’t have Tibber. But when I look at the available flow cards in the App Store, it should be possible like this:

(you have to fill 8 into the field Hours)

Then…
– Turn off water heater

Hi, thanks for the response. Will this flow turn the heater back on outside of these 8 hours? Also I would like the heater to be off for the 8 most expensive hours in the next 24 hours.
The suggested flow appears to shut of the heater if the price is at a peak, or am not understanding how this works?

I have had success with the following rule. I’ve had it running for about a month, and overall it has worked well. 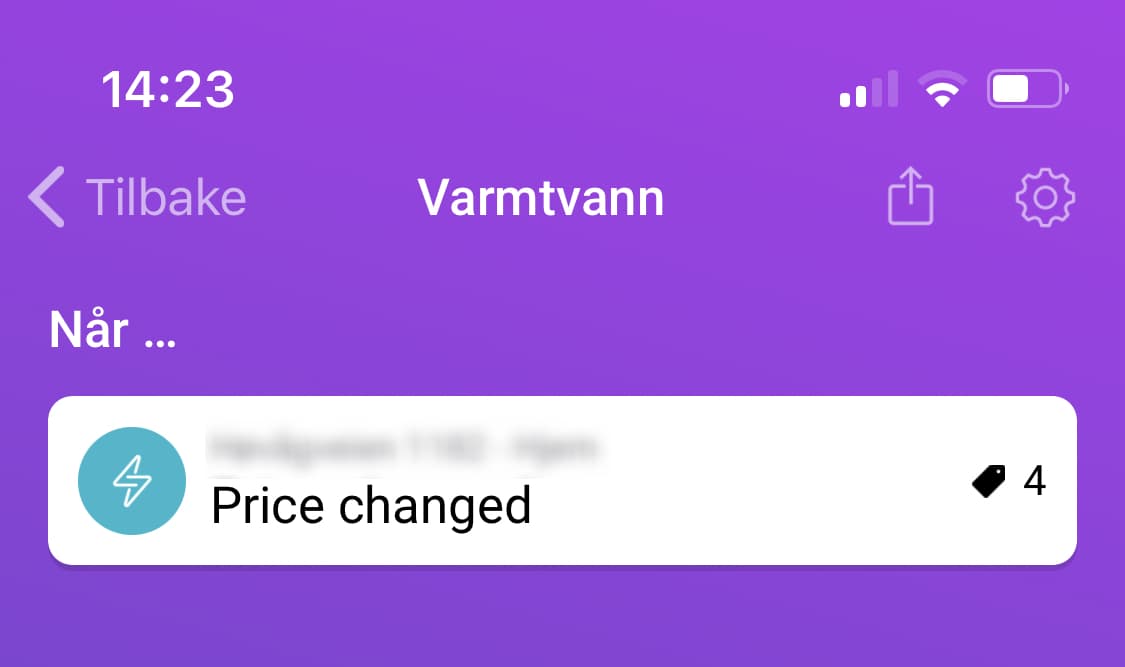 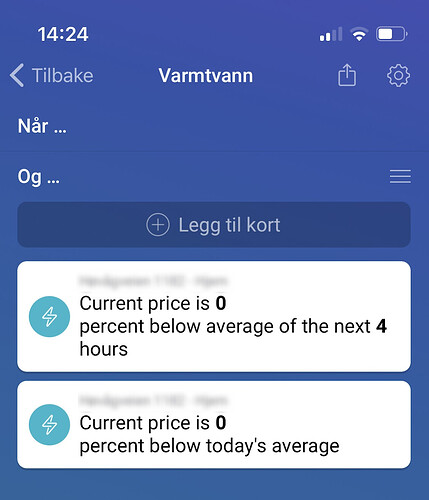 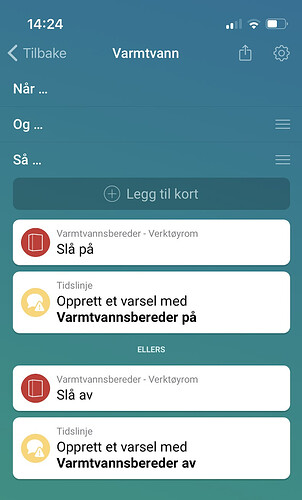 I experimented a bit with the “0 percent below average of the next N hours”, but found that 4 hours worked well.

Hi, thanks for the response. I managed to recreate this flow, except for the final part with the else card.
I do not have that part of the flow. How do I get it?
currently my flow looks like this: 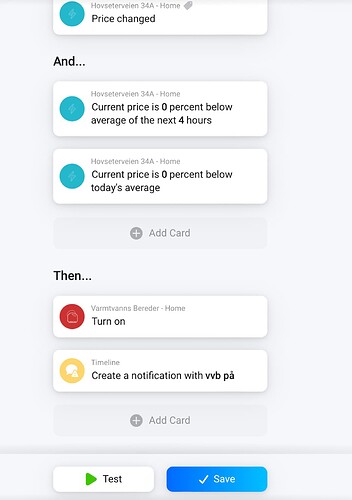 It’s a bit of a “hidden” functionality…

that sorted it out perfectly

Will this flow turn the heater back on outside of these 8 hours?

Even though Stian has already helped with this flow, I would still like to answer your question.
In general, Homey doesn’t do anything by itself. You have to teach Homey with the help of the flows what Homey should do. In the example above, Homey would only turn off the water heater. So you still have to teach Homey when and under what conditions Homey should turn the water heater on again.
This is also the case if you want to turn lights on and off again or open and close blinds, for example.
So if you have any questions about this, just ask and/or use the search function first.

Here is an example flow. Unfortunately the comments are in Norwegian. 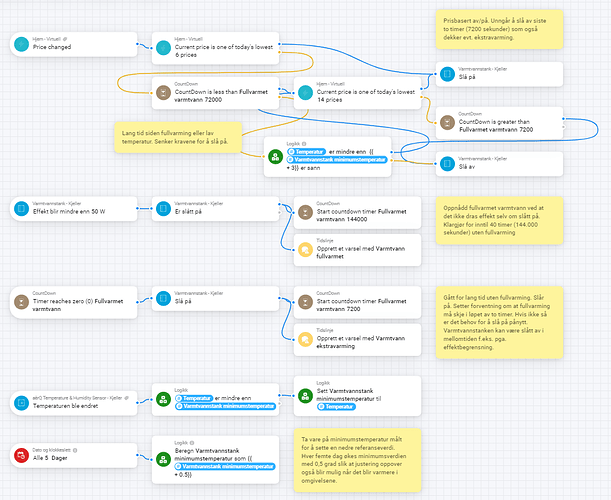