Hello, I could not find anything on the search about that.
I read an article about the device Aqara TVOC and that there is a firmware update for that, that improves the connection quality of the device.
I connected a lot of Aqara devices directly (without an aqara hub) with my homey.
How can I update the firmware on these devices?

You can’t. You do have to connect it to an Aqara (or possibly Xiaomi) hub for firmware updating.

Aqara/Xiaomi - which devices can be updated? Devices

Hi all, I use a lot of Aqara/Xiaomi devices with my Homey. Since Homey cannot update firmware of devices, I was wondering if it would be good to connect some devices once-in-a-while to a Aqara Hub (I own a G2 Cam that acts as a hub too) to update firmware. Do any of you know which Aqara/Xiaomi devices use firmware? I use buttons, motion sensors, temperature sensors, vibration sensors, cube, double relay, etc… If I know for sure a device does not have updatable firmware, there’s no need to con…

But can the devices be connected to Homey AND the aqara hub same time?

No, they can’t. That is why it is not possible…

When you connect it to an Aqara hub, it looses connection to Homey.
After updating you have to connect it as a new device to Homey again.

That means you will have to repair all flows that the device is in, although the excellent script of @martijnpoppen can help you out there:

Use at own risk! Hi, So I just go a new house and wanted to make my Zigbee network a bit better by removing an re-adding my devices so I get a stable network. But the issue with this is you have to fix all your flows. (Ofcourse Flow Checker App for Homey | Homey can indicate the broken flows) I made a small script which can help with fixing the flows. So what do you need: Device ID you would like to update - You can get this via the webAPI playground: Homey.devices.getDevices(); W…

I confirm what has been said above. However, the good thing is that most Aqara devices work fine directly with Homey without any update.
On the other hand and for example, the Aqara AAQS-S01 device shown below is highly buggy and absolutely requires an update before being linked to Homey. For this, I personally bought an Aqara Zigbee WiFi USB Hub E1. 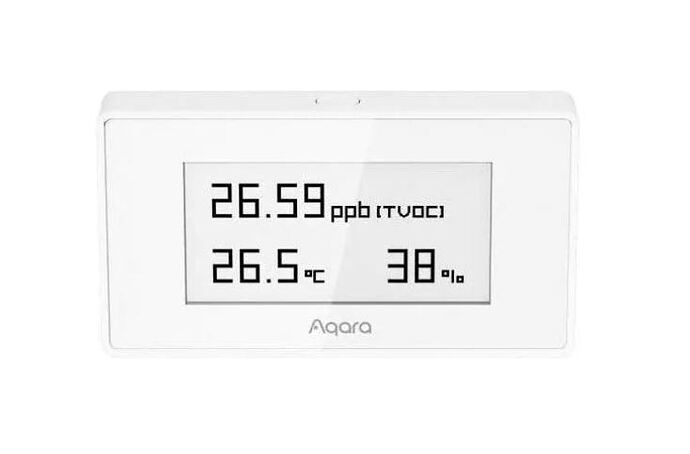 Will this solve the temp and humidity sensor reporting as well?

Have Aqara buttons, PIR and doorsensor, they work fine when used.
I have the TVOC and temp/humidity sensors but the sensor updates are months old and totally random.

How often should they report?
I want to log the temperatures at least every hour.

Yes. Almost all Aqara TVOC devices (I bought 4 and had the problem 4 times) freeze after a while in a totally random way. Most people don’t notice this because the e-ink screen stays “on” so they think everything is fine, when in fact nothing moves (neither on the screen, nor the feedback in Homey). Updating the TVOC devices with the Hub has solved all my problems for me.
Unless I am mistaken, the temperature is updated every 10 minutes. But if the temperature is really very stable, obviously nothing moves. However, if you look at the sensor’s Insights, you can immediately see whether everything is fine or whether it has been stuck for a long time.

Thanks for sharing - I confirm I have been able to upgrade firmware of TVOC sensor and also I can confirm no other device got any new firmware (Aqara temp. sensors, flood, vibration).
Now let’s see if this will resolve the measurements update data, as I was used to press the button on the sensor to start receiving updates again

Yes and btw thete was no need to remove devices again - I kept it in Homey, connected to Aquara HUB, then removed from HUB and paired again without removal in Homey - I got error rhat the “Device is already paired”, restarted the Aqara ZigBee app and everything works as before.

That’s really useful to know, thanks a lot!