Powerview - Moving To Your Schedule 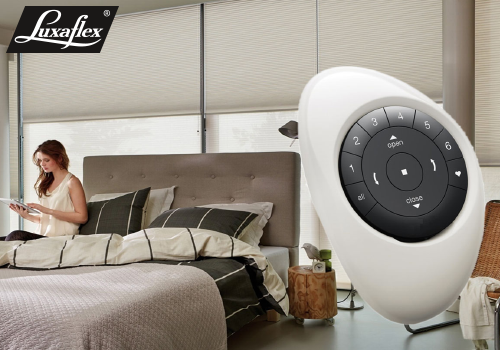 Moving To Your Schedule

Adds support for Luxaflex PowerView devices over the PowerView Hub


Contributions
If you appreciate this app, contribute to future development by making a paypal contribution
or buy me a coffee on Ko-Fi or Bunq.me

Changelog can be viewed on the app page.

Q1: My Hub is not responding anymore

A1. Make sure that you don’t call too many flowcards at once. This might cause the hub to become unresponsive
A2. Restart the hub by taking off the power and put the power back on

Q2: How to control inidivual shades by Voice (Google Assistant)

App Transfer is currently in Progress. as soon the app is transferred a new update will be posted here

Well done Martijn! Works perfectly and even has new options.

This is so nice

You’re welcome!
If you find any issues please let me know

Hi Martijn, thanks for your app!

I removed the old version and installed the new version.
From “Add a device” I can add the three shades. When I choose to add the hub, again it gives me the same three shades but with a diffent icon. What is this for? I would expect a single hub device since that’s what I have.

My Powerview scenes aren’t imported as flows in Homey yet. Is that possible? Or do I have to recreate the flows manually myself in Homey?

@Nicolas_Reid if you can send me a diagnostic report i can have a look
You can do that via the mobile Homey app:

Guess there are some small issues which need fixing.

May i ask why you deleted the old version and installed this one? Because its only a update. So no need to remove and re-add everything

I would expect a single hub device since that’s what I have.

Fixed in the last update

My Powerview scenes aren’t imported as flows in Homey yet. Is that possible?

You can add Flowcards (on the hub) which trigger your Scenes (same as previous app version)
For the future: no need to remove a app and then install again, it will remove your devices.

If you do so this might help: FIX: devices and flows

Also, in the shade devices the IP address is empty

I have 3 Luxaflex Roller blinds.
I have defined 2 scenes in the Powerview app (not Homey) to move them all 3 down/up completely. The blinds go down/up in exact sync.
The only thing is that this goes way slower than manipulating via the remote or a single blind as a Powerview Shade device in Homey. When I instruct a single blind to move down, then the speed is much higher, but then they will not go down exactly in sync. There is about a second difference, because that is the difference in time to instruct the blinds individually to move up/down.
Do you know if there is an option to move them down/up all 3 in sync but with the same speed as if I was moving up/down just 1 single roller blind?

I have exactly the same.

) and set a percentage to go to

Or add 3 scenes and trigger those 3 scenes from a Flow. Then they will all run at their max speed.

The issue is that if you can combine the 3 shades in to 1 scene it will slow them down somehow.
I’ll probably have a collobaration with Luxaflex soon, so I can ask them about this

That is exactly what I did. Before I had that option, I also tried to send JSON commands via an https request flowcard to the Powerview hub, but I assume that’s similar what you also do internally.

Would be nice indeed if you can discuss with Luxaflex if the API could be extended with a “speed” option like “fast, standard” or something similar.

Yes that’s exactly what the https flowcards do indeed. Saw that topic somewhere here.
But I thought it’s nice to run them individually.

Did you also try the 3 different scenes?

Would be nice indeed if you can discuss with Luxaflex if the API could be extended with a “speed” option like “fast, standard” or something similar.

Will do, have a call tomorrow

I was in the impression that all that is triggered via a scene defined in the Powerview app, is moving “slow”. But then I still would need to trigger 3 scenes individually with some delay in triggering the scenes, or am I wrong?

I separated my devices into 2 scenes stead of both in one. and for me it went at the normal speed.

and in Homey: if you have advanced flows you can start them in parralel