OK, thank you - I was trying to relieve somehow more my Homey Pro, which is running out of the memory and sometimes with 150% “CPU utilisation”

@Sharkys only apps or also the Homey memory itself? → link

@Sharkys what you can do: disable the interval of flowchecker and only use the custom flowcard to update everything

Did that for my Homey as during development I got spammed

Only apps all together - free mem reports minus 20MB

- even I got issue with Storage on top of that, because Timeline manager2, when installed, took all my storage space … and developer don"t know why and is also not keen on investigating it eg. by providing CLI install method./GitHUB etc… But in general, simply with 100 devices altogether, 800 flows…it’s getting too much

The whole memory taken I had issue with 2 years ago, when I was using too much of “device updated” triggers those from Zigbee - I replaced it with time / every xx min and memory of Homey system process was suddenly fine…

@Sharkys hmm sounds like you need the new Homey Pro

because Timeline manager2, when installed, took all my storage space

You should be able to remove the app and all it’s data. not sure if you have it still installed? Otherwise I can help you out with that in a DM

Yep but unfortunately too many dependent apps on SDK2 still ;-(

remove the app and all it’s data.

Actually it’s interesting, Athom support had no idea what was causing that…so simply prior to app un-installation : 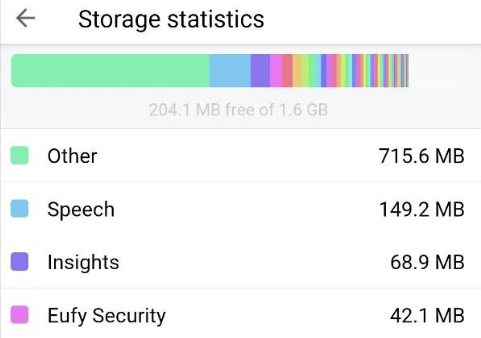 after removal of Timeline Manager2 : 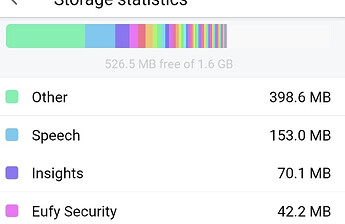 But why it happened only in my case and nobody else complained, no idea. And also I’m able to replicate it, happens very quickly after installing it…and I have been using it for year or so…

Martijn are you able to show the content of the “other” partition somehow ? Also it’s a pity it’s not possible to monitor it… sorry, it’s going out of the Flow checker scope yet someone else might find it useful …

Martijn are you able to show the content of the “other” partition somehow ?

Unofortunately not, but you might be able to do that on the new Homey with a export or SSH.


If you find any issues, send a report via the mobile homey app

f577d957-bdc6-4ecb-8c4f-a4af9434ed6f
Hiya @martijnpoppen have just sent a Diagnostic, app is reporting 8 flows as being broken but Homey does not and the flows do seem to be working. Have restarted the app and the result is the same

Edit, interesting, one of the flows was to clear app data in Simple Log, which I haven’t actually made use of for a few months. Deleted that one flow and Flow Checker then cleared all 8 flows from it’s broken flow list. The other flows had nothing to do with Simple Log

Hey @Philip_Montgomery
Strange. It might be a glitch. Sometimes that happens when a app updates or something like that.

Dont see anything strange in the logs

As it has cleared I’m not going to worry. If it happens again I’ll send another report. Thanks for checking though