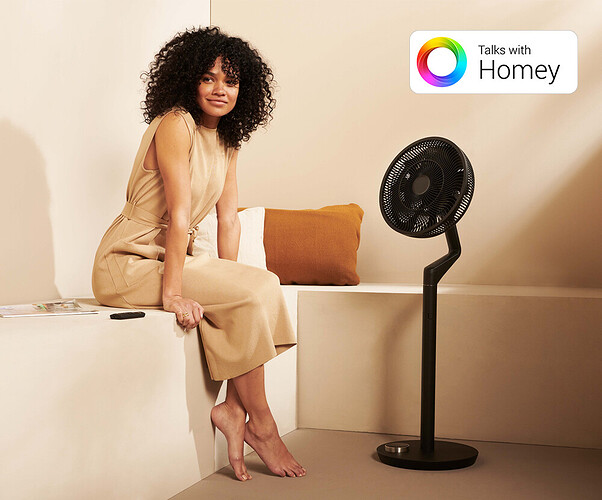 We’ve seen that some of you have been waiting for this moment for a while now, so we’re super excited to announce that the Duux for Homey app is finally live!

Even though we have put the necessary time into testing the app, we also understand that there’s always room for improvement. So if you have any questions, comments or just a really good idea for a helpful Duux flow; leave them behind on this topic. We are happy to discuss it with you!

Reported bug:
Currently, when users have the Duux Android- or iOS-app open while interacting with their Duux devices through Homey, some device commands or sensor-updates may not be processed.
As a workaround, users can remove the Duux smartphone-app from multi-tasking when it is not used to prevent this issue from occuring. We are looking into the possibility of a permanent fix.

Great, thx for developing this app!
Curious to see how my Whisper Flex Smart integrates into Homey.
Let’s hope for better weather now!

[EDIT] Can you supply a link to the Homey app page? Searching doesn’t come up with it.

Furthermore: Perhaps it’s wise to create a topic here (or perhaps this one) where all questions, remarks and evt bugs can be bundled. See other “app pages” here for other apps. It usually gives a bit more info in the starting post.
And you can add a link to this community topic as well on the Homey App Store page for Duux.
This makes sure all discussion is bindled and not shattered across this community.

Good to see manufacturers develop their apps for Homey.

Ah, found the link by Google. The Homey App page search didn’t index it yet, it seems: 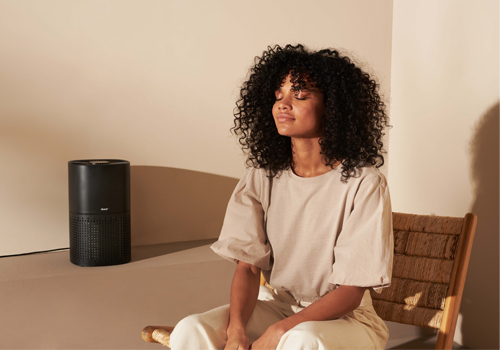 After installing the Duux app, and adding a device you have to enter your email address and go back to the Duux app and link Duux to Homey. At that point you can copy a pin-code and paste it into homey. This copy-paste does not work for me. Anyone has the same experience?

Edit2: after closing the Duux app on ios and starting again, i had to login again. After that copy-paste did work well and my flex ventilators were added.

Great! Was waiting for this app

Added the blizzard, love this!

Here’s a feature request for you, @Duux:
I suppose the app is polling to it’s devices to see if they’re online.
That results in exclamation marks for my Whisper Flex.
This fan isn’t always connected to wifi, as it is not plugged in all the time (or has enough battery capacity).

Can something be done about this, so it only gives an exclamation mark when Homey tries to communicate (when a flow or device/app initiates) with it but cannot reach it?

Now most of the time the device asks for my attention, especially during less hot weather… 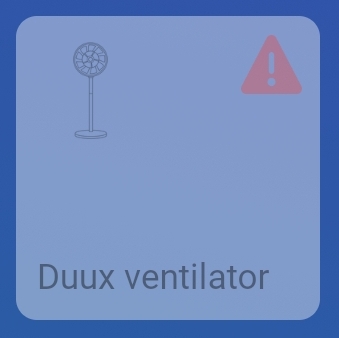 Hi Henk, thanks for the quick feedback! We appreciate everyone thinking along with us.

Sadly, we can’t control the behaviour of the exclamation mark. This is something that’s controlled globally by Homey itself.
The only changes we could make would interfere with the expected function of the exclamation mark, being of course that the device has lost connection. In your case this is expected, but in the likely majority of cases this wouldn’t be.

Would creating a seperate zone (called ‘storage’ for example) and moving the Whisper Flex to there before storing be a sensible workaround? This zone could then be at the bottom of your device list and be exempt from certain flows, to reduce its cries for attention

Thanks for thinking along, but that is only a workaround vor in the winter.
In summertime, the fam is obviously used more often, but still there are periods that is it not connected to the net and the battery is empty.
That would be a lot of moving the fan around in Homey…

Furthermore; it does seem possible somehow. I have other devices that connect by wifi (Rituals Genie, Healthy Home Coach, Camera’s, that do not give exclamation marks when the are disconnected.
Are you sure, nothing can be done?

Not, that is not the issue.
As said, this is a fan, not a 24/7 connected device.
That hardly specific only for my situation.

Yes, although it is expected for the fan to be disconnected from time to time, the exclamation mark does exactly what is expected to do, it shows the fan isn’t connected to the wifi or at least, the Homey isn’t able to connect to it. I would say this is normal behavior and not something which needs to be changed.

I’ve got a similar case with light bulbs on my sons room, he sometimes turns the lights off with the physical switch (connected to the light, cannot remove it). Then the light get’s an exclamation mark saying Homey isn’t able to connect, which I know because there is no power to it. Now I don’t need the mark because I know what is the case and it will become available again when the physical switch is flipped.

Then why do my camera’s Healthy Home Coach, Rituals Genie, etc. not display an error when they get disconnected.
I would expect for such devices (which are normally always connected) to display an error and a mobile device like a fan not.
So it is possible to hide it.
You only need to know that a device is not accessible when you want to operate it. Not when you do not need it like in winter of cold days during summer.
Te device now shows an error. But there is no error; it is simply not connected because it is a mobile device.

Perhaps other mobile fan users can give their opinion?

Then why do my camera’s Healthy Home Coach, Rituals Genie, etc. not display an error when they get disconnected.

Setting the “unavailable” state (which is shown with a red triangle) has to be implemented explicitly. So my guess is that those apps may not even have implemented showing that particular device state.

Also, setting a device to “unavailable” when it’s not available makes perfect sense in any case. If you have an issue with how the UI shows unavailable devices, perhaps you have to take that up with Athom.

You only need to know that a device is not accessible when you want to operate it.

No, that’s what you want. Other users may want to see that the device is unavailable when they open the Homey app.

That is exactly why I asked for other users to give their opinion.
Do you own a Duux device, @robertklep?

Do you develop apps?

Perhaps let’s leave it to the owners of Duux devices to give their opinion about how they would like the app to behave. Again; I asked them for it, because I obviously know that opinions differ.
I am not telling you either how you should develop your apps.

I am not telling you either how you should develop your apps.

The Duux developers explained to you why they chose to implement it the way it’s implemented.

IMO it fits with the general Homey UX: when it’s known that a device is unavailable, that state is reflected in the device’s icon.