I had found a previous topic with this title from about two years back. That openingpost is extremely similar to what I was experiencing.

Apart from not being able to add any devices back after having reset the zwave network.
So now nothing zwave based is working anymore.

I had tried removing devices after the reset, that worked for two devices I tried it with. But I could not re-pair them to homey.

I am clueless as to what to do and close to packing the thing and returning it to claim warranty as its fits year is not nearly over.

Can u give us some more info?
Like what kind (make and model) of devices?
Did u reset the devices also before adding them again to Homey?
Are u holding them close to Homey when adding?

I had tried re-adding a popp plug in dimmer and a double relay from fibaro.
All devices had worked flawlessly up untill like a week ago, troubles hit, things did no longer respond.
After a reboot some devices responded a few times while others that require the mesh network for range did nothing. And after like 10 seconds nothing responded anymore.

So then I reset the entire network, disabled and even removed all apps from the removed devices only to keep popp and fibaro. Removed those devices from the network and then tried adding them back.
The removing worked well the first time I tried it with those devices.
I cannot remove them again, cannot add them either.

The Homey is now within one meter of the two devices and still no luck.

factory reset is going to homey settings, click remove device then set the device to learning mode? That I tried many times, only the first time worked for the two devices I mentioned. I have not yet bothered to try any other devices that are further away.

Nope. Factory reset has nothing to do with Homey. U will have to check the device manual for factory reset.

I have now tried it with my benext energy switch+. I have removed, reset and tried adding.
Now I got this error:
vdevice.drivers.zwavebasic.pair.request_timeout.

after every add attempt I now can remove (and reset) the device!

The error remains the same if I add the device as basic zwave device instead of adding as benext energy switch+.

The Homey and the Benext are just a few cm appart.

Not sure about the popp plug dimmer, but I can certainly tell you that the Fibaro relay is tricky to re-include. You must reset that device and the its manual is wrong (at least the English version of it) You must power it off, then hold the button, and then only power on again.
See this post here and try follow step by step for FGS-212, it always worked for me.
Hope this helps!

@danone How many times have you got to do this then?

Removing it from behind a built in lightswitch in order to reset it is not something I am going to like doing at all.

Indeed! That’s the biggest problem, removing it from behind the wall switch.
With several of those Fibaro double relays I own, it was not an easy job.

I just got a more detailed log of what’s happening with the inclusion of the benext energy switch+.

So what to do when Homey again decides to stop working? Manually remove all nodes and not ever touch the reset button on the xwave network again?

I also found a manual for the popp plugin dimmer, it states:

I can also confirm that after having excluded it from my previous controller and adding it to Homey that all of its settings were cleared. So my popp has certainly been reset, as would I expect it to be for the benext switch. Neither of those can be re-included. One with the mentioned error, the other only gives timeouts as if there is no device at all.

Another update, the popp was with 20 cm not close enough. when holding them within 1cm from one another I was able to add the popp dimmer back. I now have one included device. Then how does the reset for the BeNext Energy Swith + work? Mine does deviate from the manual as in it blinks twice instead of three times when entering learning mode.

Another update:
the popp is now 1meter from Homey and I cannot turn it on or off. So it’s included but not working. Now again within 1cm and still not working, similar issue as prior to zwave reset. A reboot might fix it for a short moment in time for some devices but not for others and then it again stops working.

I have excluded the popp and included it again. Now I get crappy but more consistent results.
3 meters line of sight works, 3 meters with 2 pieces of wood in between does not work.

I got all devices back appart from my fibaro relay switches.

I found the manual for my double relay switch, it is no longer the most recent I have the FGS-221.
It states:

The 2nd method you mentioned, I have tried that, but I get no confirmation.
I also got the 1st method, I again got a message that the device got removed.

Sadly I still cannot get it to be re-included.

I still keep on having range issues. Direct line of sight works, for all except the fibaro. Pretty silly that routing through other devices no longer works and that the range from the Homey is so poor. Despite things having been in the same position as prior when all was fine.

After updating Homey to V2.0 i have issues with all my Neo Coolcam wallplug devices. Not reliable in switching on/off via flow automatically OR manual via the app. I get: 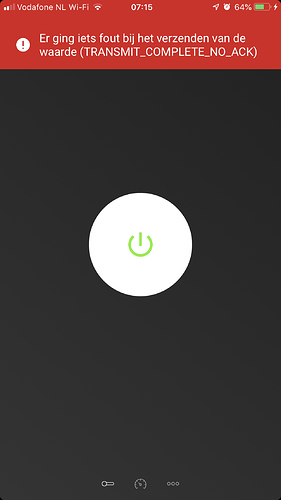 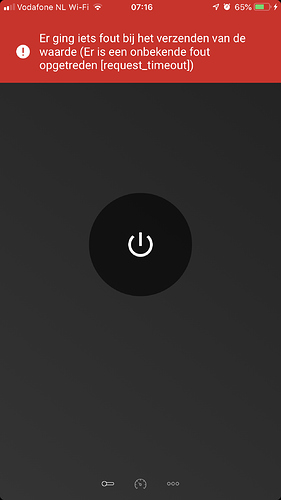 According to Athom servicedesk this has to do with a memory leak after updating to V2 and with this the memory fills up (so should impact other devices also). Rebooting homey should be a workaround, however the Z-wave+ wallplugs are still not reliable overhere after a reboot.

Anyone also experiencing this same behaviour?

Yes, I do as well. Did you manage to to find an adequate solution? Wandering whether it would be an.Option to use rasp pi with zwave stick as controller and adding homey as slave. Not sure whether homey would be able to access my devices then…

Not sure exactly what did the trick. Things i have done recently (and it is stable again!)

All my devices are working correctly again. Hope this might be of help for others also.