I bought two Hue Smart Buttons intended to control some Homey flows.
Tried to couple the buttons to the Homey by means of the Philips Hue app but it’s not possible.
Do I need a Hue Bridge for that, or are you working for direct connection with Homey?

It’s always better to check the AppStore for supported devices before buying one.

Tried to couple the buttons to the Homey by means of the Philips Hue app but it’s not possible.

You mean the Philips Hue ZigBee App?!
This App doesn’t support the Button.

The Philips Hue App does it but it’s needed the Hue Bridge.

That’s a pity. I was informed by a Homey mail that the Ohilips Smart-knop should work with Homey.
Nothing was mentioned about the necessity of the Philips Hue bridge…
I will have to order the bridge so I can use the buttons.
For Hue lamps and the Philips Hue ZigBee App the bridge is not needed, or is it better to connect Hue lamps to the bridge too?

if you use the homey bridge and devices connected to homey directly, you will have 2 zigbee networks.
For functioning of homey this is not an issue.
But be aware that the 2 networks will work as seperate mesh. So a powered device on the hue bridge will only extend (mesh) other units linked to the hue brigde.
So for a strong zigbee mesh its best to have all devices at the same

Same here. I’m disappointed. Hope I can still send them back now looking for an alternative button to trigger flows.

Does somebody know if there is will be an update of the Homey Philips Hue Zigbee App in the near futute where the nice Hue Smart Button is incorporated? That should be the best alternative.
I’m afraid that an extra Zigbee network with a Philips Hue Bridge with only two Hue Smart Buttons will be very poor …………….

Does somebody know if there is will be an update of the Homey Philips Hue Zigbee App in the near futute where the nice Hue Smart Button is incorporated?

It’s possible that the app simply cannot add support for it because of Homey’s Zigbee implementation lacking support for it. Which means that you’ll have to wait for the Great Zigbee Rewrite, and it’s anybody’s guess when that will ever be ready.

Have a look at it and tell me if the button mapping is working for you all, it’s quite special as it is designed to work with the Hue app/functionality.

Hey guys.
Im looking to buy hue button to control flows with my homey. I already have also the hue app. My intention is to put couple of hue buttons at the entrance of the house so as when pushed once to trigger the outside area alarm and when pushed twice or push and hold to disarm the outside area. I dont know if someone tried this before and it worked

The hue botton is functioning with Homey, but you need the HUE Bridge for it.
I use it for two years.

No, 2 posts above shows that it is supported,:

To be sure always check the device list in the Homey app store for the app you intend to use.

Is there any chance that the osram lightify 4 button switch will be supported?
https://www.systronicsrf.com/devices/osram-lightify-4-button-switch/index.html

Assuming you mean Homey beta? Only Athom knows. For now, no input device or sensor is supported. This may be because it would require too frequent polling for the service to react quickly enough. So unless they implement a way for the hue bridge to push information to Homey cloud when needed, it may never happen.

Yes sorry, i also have the hue hub and its working fine with homey and lights.
Thank you for your input

ny chance that the osram lightify 4 button switch will be supported?

Why ask in Hue topic to support a different brand button? 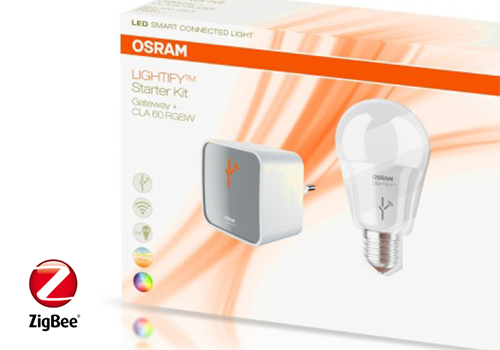 Is your question regarding the Homey Pro or the Homey currently in Beta ?

For the Homey Pro below are currently supported : 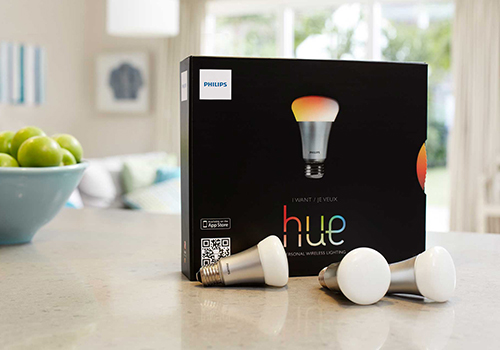 Transform the way you experience light

Yes its the homey pro. But basically im asking it will only work as dimmer for lights or it can be as a trigger for various other flows other than lights?

Just click on the device in tha app store and you can see the triggers and or actions or conditions available in flows for that device. 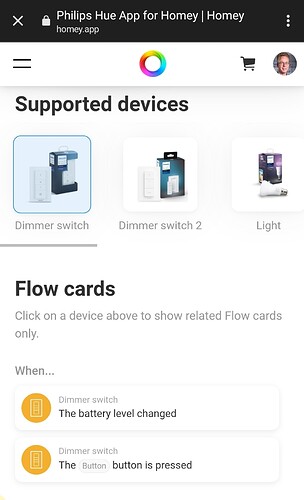 This one can trigger battery changes and button pressed. I don’t have this one but someone will show…
(Dont know if it is also double click and/or long pressed and maybe button released.)