How to extend my Zigbee mesh ? Via Aqara Hub M2?

I have my Homey inhouse with mainly Aqara sensors and Hue lamps. Working like a charm. I also have some Aqara sensors and plugs in the garden / poolhouse / greenhouse, but I often have connectivity issues to those outdoor sensors.

I hoped my plug (which is of course powered and could be reached by Homey) would help to extend my Zigbee mesh for the sensors, but no luck.

I’ve now added an Aqara M2 Hub in the poolhouse, paired all my sensors without hassle, but this hub can’t be linked to my Homey, and the sensors are (of course) also not reachable anymore by Homey (since paired with the Aqara Hub).

What else could I do ?

Can the Aqara Hub M2 be put in some sort of repeater modus ?
Or should adding an additional Homey in the poolhouse be more of a solution ?

You can only use the Xiaomi Mi gateway (chinese version, DGNWG02LM) with Homey. I use two in my setup, works like a charm.

Don’t know where u live, but in the Netherlands there are many second hand sellers. U can’t find it new.

Edit: I see you have a Dutch name ;). So Marktplaats!

I shouldn’t go for an second Homey. It’s not necessary and you cant connect them together, so you will have 2 separate smart networks.

If you can’t improve Zigbee coverage by putting some more routers between your Homey and your outdoors, I can really recommend @UA84’s solution. I use the same Xiaomi Gateway (mind the modelnumber!) for my dowstairs storeroom a few stocks below in my apartmentbuildings cellar.
I couldn’ t reach it by Zigbee or any other protocol handled by Homey.
So I created a (wired and wireless) network there by 2 Powerline adapters and integrated the mentioned Xiaomi Gateway in my home netowork that way.
I suppose you already have a network connection there, since you use an Aqara Hub.

I bought my Xiaomi Gateway on Marktplaats.nl for only 15 euro incl shipment. Make sure you have/get an adapter for a Chinese to European outlet too(!).

All devices registered to the Xiaomi Mi Home account/app, can be imported in Homey too then.
There’s an app for it in the official Homey Store ànd in the Community App Store. The latter has some more devices which can be added and it let"s you add the Gayteway itself too for some extra options.

I notice hardly any differences in how fast devices respond, whether they are connected to Homey directly or through the Xiaomi Gateway.
Mind that you won’t further enhance your (Homey) Zigbee network this way. You simply create a second Zigbee network. 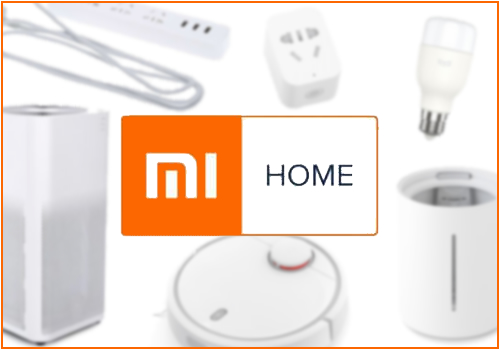 I read this comment and had some questions. You have a specific xiaomi gateway that lets you import devices to Homey?

So for example: if I have the DGNWG02LM gateway and add a chinese product version to the chinese server I can use it in Homey?

I shouldn’t go for an second Homey. It’s not necessary and you cant connect them together, so you will have 2 separate smart networks.

Sure you can connect 2 homeys, for example through mqtt, in this case it would be a bit overkill for the problem you’re trying to solve, a gateway is much cheaper

I also see gateway v3 is that also possible?
Im wondering if I can use a chinese market only product to work via the mi gateway and communicate with all devices on homey

Chinese products are no problem, but I have no info about a v3 gateway

Is adding a Gateway still a viable option to extend the Zigbee network? I think I’m getting close to Homey’s limits here, but a couple of the reviews here Xiaomi Mi Home App voor Homey | Homey say the app is dead, and/or that only some of the devices it says to support, actually still work.

No, extending Homey’s zigbee mesh with a gateway/hub is not possible as far as I know.

A workaround can be: using / adding multiple Hue bridges to Homey, BUT that creates a mesh network PER bridge (with also max ~50 nodes PER bridge). However all devices are available through Homey.
Disadvantage: you’re stuck to Hue and Hue compatible devices.

reviews say the app is dead

I want to say a few words about that in general:

And…? It is not the case we cannot use it anymore, is it.

Why is something called ‘dead’ if it’s not updated for 2 years?
There’s several perfect working apps, which don’t need any updates for 3 years… (Papertrails,Chronograph,VirtDevices(2y),Marantz,BetterLogic)

As long as Athom doesn’t publish drastic firmware changes, or YOU just don’t install them, all devices just continu to work fine.

Oh, just to be clear: I’m not talking about extending the mesh, just a way to add more Zigbee devices and still be able to control them with Homey. So any way that makes the daughter devices accessible in Homey is fine by me. I know it’s a separate mesh, and have enough router devices (and a small enough home) for two separate networks to work. I just want the devices to be able to talk to another.

And…? It is not the case we cannot use it anymore, is it.

Why is something called ‘dead’ if it’s not updated for 2 years?

Hey, I didn’t choose the words, I just quoted them

. It’s just that I made the mistake twice in recent history to buy devices based upon there simply being a Homey app for that particular device, only to find out later there were known problems with said app that I could’ve known if I just had bothered to check the reviews. Hence my question.

Seeing as I don’t want to extend the mesh but just want to add more Zigbee devices (that have to be discoverable by Homey!) does that change your answer at all, or is the Raspberry + Conbee stick the better option? Note: I’m an ehm… Pi-naive person, but I can learn.

I just quoted them

Okay, I got a bit itchy hehe…
That’s why I wrote:

few words about that in general

I thought it was not necessary to add “nothing personal” to it. It is not personal at all

Raspberry + Conbee stick the better option? Note: I’m an ehm… Pi-naive person, but I can learn.

I’ve an old NUC with Debian OS, and run a VirtualBox image of Home assistant on it, all pretty straightforward to set up, but do not use zigbee with that yet.
When you add a zigbee stick and add a zigbee integration, that’s almost it. Pair all zigbee devices with it, and install the community Home Assistant app on Homey.
Then, you can add all supported zigbee devices to Homey and use them like they are native Homey devices.

See also this thread, but it is in Dutch:

I thought it was not necessary to add “nothing personal” to it. It is not personal at all

It wasn’t. I added the

The Xiaomi Gateway seemed like the easiest option, but to be honest Home Assistant with a Zigbee stick combined with well, whatever mini computer that I haven’t really looked into yet, is probably the more future-proof version. It just means I’ll have to some more homework up-front, and I feel I’m still not entirely up to speed on Homey in general, so it may be a bit early to start a new adventure yet.

Well, like I said: I’ll have to do some of the required reading first. And Dutch is fine, btw.

Still a question though: maybe a Zigbee dongle combined with Home Assistant may be the best option in the long run, but say I have an option to buy the Aqara Gateway, would that work at all? The important thing to me is that daughter devices are discoverable to Homey.

I’m not sure if and which Aqara gw is supported, and with that gw you are restricted to Aqara and Aqara compatible devices. Zigbee is unfortunately not universal compatible, zigbee 3.0 is zigbee 3.0, but not all brands (and even models) are compatible.
I have discovered, with Homey’s zigbee, f.i., Aqara sensors and PIRs lose connection after a while when routed throught IKEA bulbs. But through IKEA sockets however, they work fine!

Wiht HomeAssistand zigbee it is a bit different story, there is much more compatibility. Here’s an overview: https://zigbee.blakadder.com/

Oh I know, but I have quite a few Aqara devices, so that would take some load off of Homey.

Above it’s said that the Chinese version works great

You can only use the Xiaomi Mi gateway (chinese version, DGNWG02LM) with Homey. I use two in my setup, works like a charm.

I just had some doubt because some of the recent reviews. If it still works, that would be the “quick and dirty” solution for now.