Since version 8.0.6 i’m also experiencing instability. Mostly in the form that I can’t connect to Homey. Homey itself keeps doing what it should do.

I get “Een onbekende fout is opgetreden” quite often. Both via the App on my Android phone and via the webinterface no luck either.
With version 8.0.5 everything was fine and stable.

Will keep on rebooting it until a firmware update becomes available.

I still run v8.0.6-rc.1 but no difference from other firmwares. Did something change at your Wifi system? Did the neighbours change/upgrade wifi stuff?
Are any apps using over 50MB memory? Mostly when I can’t connect to Homey it is an app which uses way to much memory.
Check the insights data for each app (not …More>Settings>General>Memory): 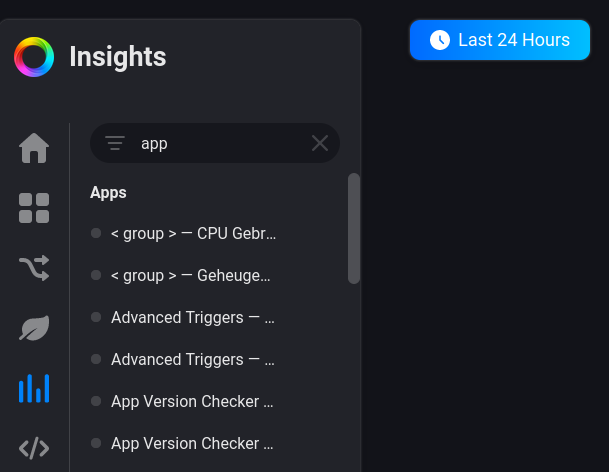 I have to say it is not logical that 8.0.6 would give problems. But fact is the only thing that changed in my home network recently is the Homey firmware. I went from 8.0.5 to 8.0.6rc1 kinda by accident, as I try to skip the rc versions. Once 8.0.6 final was released I updated to that.
Can’t remember if I had that issue with rc1…

I’ve removed some unused Apps. None are using over 50MB, other than system.
It freed up a bit of memory, but it seems to just use up the whole 512 MB.

Can’t check Insights data easily as it is not connected to the cloud. I managed to use my phone for that in the end. 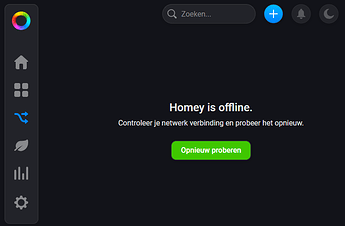 This is what I see with my phone as I’m locally connected: 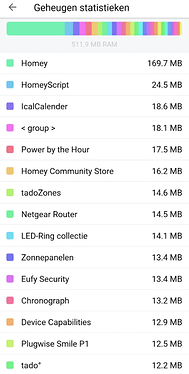 8.0.6-rc1 is (almost) equal to 8.0.6 one should think.
It’s odd the Athom cloud is not connected. My connection also says “Lokaal”, but cloud status says “connected”.
You can’t use anything of the web app now?

Maybe this is related?

Well, after having factory reset my KPN router and rebooted Homey at least two times the connection to Athom Cloud now seems stable once again.

Same issue here since about 5 days. All Zwave devices are buggy and not fully responsive al the time (Fibaro & Qubino) but the Neo Coolcam are almost always totally unresponsive (timed out error 99% of the time). Resetting the Zwave device or re-installing the coolcam app does not help nor does rebooting Homey.
I’m on version 8.08 but did not encounter this issue in earlier version as you did.

Do you (and others) still have that problem or have you found a possible solution?

Hi, I have contacted athom about this. Their help was spot on. Sending over a screendump of my developer page, it showed 1 device - built in wall dimmer - robbsmarrt z-wave seemed to fall of the grid again and again. It had reconnected over 700 times. This generated so much traffic that the z-wave got jammed. I disconnected the dimmer from power and removed it out the mesh. Everything at once worked fine.

So… 1 device messed up everything. I put it in the garbage. Replaced with a zigbee model. No problems ever since.

Thanks a lot for your quick response and hint!! I have submitted a support request at Atom through a diagnostic report, as i expect my issues are also being caused by a device not properly working.

Thank you very much for helping!