Have you ever been to the point where you have selected a product you want to buy, search the Homey App Store to see if it is already supported and then try to found out if you need the manufacturer’s hub or not?

Some developers already add the - requires product x hub - in there comment. Others don’t. But it would be very helpful, for me at least, the see on the App page (where it says who build it, what it requires) whether or not it needs the products hub.

do you have a specific example where you want to know?
where the info is missing in the store?

Xiaomi Aqara door / window Sensor as an example. Some shops report that you will need the Aqara gateway while others report something like works with Homey. The Aqara App in the Homey App Store does not mention if the gateway is required.

Another example would be Ikea app. I have several Fyrtur blinds in my house which are directly connected to the Homey as the old Ikea hub has been out of stock for a while. They work fine but they will not update firmware as this will require the Ikea hub.

Most devices work without a hub or gateway as they can directly connect using the build in protocols in the Homey device. It would be a nice to have if developers can add information what the device can do with or without a hub to help users decide if they can just buy the device or also optionally buy the hub / gateway.

the build in protocols in the Homey device.

The Firmware part (you are right about that fact) is another discussion, please search on the forum for topics about that.

@Dijker, I think this is not as easy as you describe it, because in my opinion it’s also not obvious with some apps.
E.g. the already mentioned Aqara app. It’s absolutely not clearly clarified if the Aqara Bridge is needed or not. In the big picture, the Aqara Bridge is even shown: 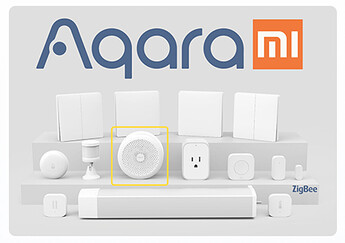 Another example is the Fibaro app. In this example, however, I want to point on which Fibaro devices are, because Fibaro offers Z-Wave and HomeKit devices. Neither in the description text nor in the main image is Z-Wave mentioned. Only 4 devices explicitly state that they are “Z-Wave Plus” devices.
In addition, it has already happened more than one time that users have bought the HomeKit variants and were disappointed that they didn’t work.

Because more and more apps now even support two protocols, e.g. Aeotec, POPP, EasyLighting (all Z-Wave and ZigBee), I think it would also be helpful to extend the naming of the devices with the name of the protocol, or to separate the devices in the device overview by protocol.

For experienced Homey users this is mostly easy and obvious. And if someone is unsure, he/she/it can just search the forum or ask other users. But the majority of Homey users are probably not registered in the forum, or use it very rarely.
Do you remember the chaos when Homey Bridge was released and none of the new users knew which app was compatible and which was not? And how many experienced Homey users were annoyed by the same questions from the new Homey Bridge user over and over again?

If the App Store would be improved accordingly, I am sure that all people, including Athom itself, would benefit from it.

Another example is the Fibaro app. In this example, however, I want to point on which Fibaro devices are, because Fibaro offers Z-Wave and HomeKit devices. Neither in the description text nor in the main image is Z-Wave mentioned

You never have moused over any device in the appstore have you?

there it will show the protocol used by every device, and even what battery is inside, if there is a battery in the device (and is specified by the developer). 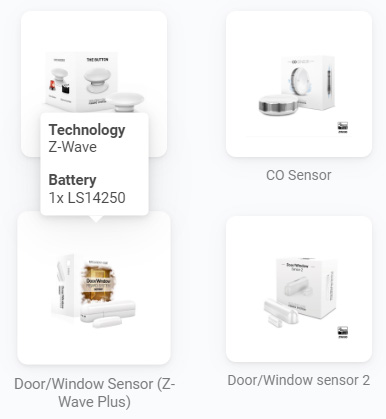 Of course, I’ve definitely done that. But apparently it didn’t stick in my memory, otherwise I would have mentioned it for sure. Probably because it was clear to me what devices/protocols were involved.
If you use the app store on a tablet or smartphone and click on a device (you can’t hoover) it immediately scrolls to the flow cards. It’s so fast that you don’t realize what’s in the pop-up.
Still, I think the app store can be optimized in this aspect.

There is a new thread from a new Homey user who is also looking for information on whether or not certain devices need an additional hub/bridge.
Interesting, isn’t it?

Hello all, I am a newbee at this forum. After using some basic functionality of the Homey Pro last months, I want to extend my home network during these cold days of december. I have spent a couple of days investigating the possibilities of Homey, starting with the principle: Homey is coordinator surrounded bij routers / hubs and/or end devices. I discovered that I need a lot of time to find the answers to my questions that are primarily focussed on the supported hubs / routers. Does anyone k…

So there is definitely a need for additional information in the app store!

So there is definitely a need for additional information in the app store!

I did request this on slack couple of months ago. I have some apps where I really like to show the need of an additional Hub (Eufy Security / Luxaflex Powerview).

Hopefull we get a feature to show the relationship between devices.

I guess showing that sort of information does interfere with the “the last smart home hub you’ll ever need” mantra that Athom’s marketing department likes to use.

Yes Robert, and fun fact: the Hue app, which needs a Hue bridge, is an Athom app

But when they allow apps which need an external hub, they should provide for clear info about that, like in the info panel at the bottom of app pages.

Also there are ‘hybrid’ apps, like Homewizard f.i., with 2 types of supported devices: some need an external hub, and some don’t

I have never moused over a device in the App Store. How can I do that on an iPad or phone?

I’m curious about the Sonoff temperature sensors. Can they be used without another hub than Homey Bridge?

And the Nedis Wi-Fi smart plug, how about that?

I agree with the first post in this discussion. It takes a lot of investigation to find out what works with what regarding Homey.