To me however it triggers the thought: if I need my old homey for the functionality I need, then why buy the new one…

I will have two decices to maintain, two devices to power, two devices to backup and when the opd homey breaks I will either still need another solution or go hunting for an old homey.

I understand what you are saying. And if i might not have had a Homey, the new one would have not sold me on it!

However, i am just trying to make the best out of the situation.
As develop, i have been waiting for a long time for a way faster Homey.
And my House is fully dependend on it, so every boost is a big win for me.
Also, it makes developing way faster.

So for me, i feel like i have no real other choice then to adapt to the new situation, but personally i really need the ledring for living-room indicators/notifications.

And the only way i could see, was by building these apps.
Without it, the old Pro would just fade away. Now they at least have a second change.

But, like i said, i do fully understand your point and you raise an excellent question!

Unfortuantly: even with a reason to need my old one, i also “need” the new one if i want to keep supporting all my developed apps.

And what you do on top of the platform is amazing ! If it weren’.t for the community and people like you stuff would be a lot less nice !

I love this community

still need another solution or go hunting for an old homey

I know, but currently, i cannot find what i was looking for.
Except the “old” white balls (can we call them old when the new ones are not produced yet?)

But lets say i find and buy something new right now, thoses devices will have the same issue in a few year: when the break, it could be that the replacement is a different model or there are no real replacements.

With the constant changing of devices, and old ones going out, i myself try to get the most out of the devices i still have. And since, for reasons already mentioned, i planned on buying a newer homey model when it came out, the old one would be pretty useless, which i would really not like!

Hi there, sure I can.

Regarding the images. Do you want any Homey to be able to be a satellite, eg. another Homey Pro 2023, a Bridge or an older homey? Or do you want to keep satellites to old Homeys?

Edit: late on this ball, it’s already underway so I’ll grab a beer and update some SDK2 apps instead

Hi everybody. Well this was fast, from idea to app in a matter of what a couple of days?

Can I just ask a couple of questions, so in this stage you have two homeys pro, whichever if I understood 2018, 2019, 2023, and on one you install satellite on the second controller app. Those two pair.

However devices added to satellite do not automagically appear in the controller rather you manipulate with devices on the satellite over flows in controller, right?

I was under the impression only pro 23 can be controller

with the “official” Homey 2023 controller it will be like that, and a bridge can be a satellite, as stated in the keynote. In this case it’s a community app that will run on any Homey Pro as a controller (not the bridge) and can connect to any Homey Pro as a satellite. so it’s a bit different, might work in a different way than the “official satellite with the bridge”, but the end results for both will be awesome and create so many new opportunities.

I know this is about Arie’s app😊

I was under the impression only pro 23 can be controller

I am not making any restriction myself, so no, the Homesh Controller App can be installed on any Homey Pro devices.

However, Homesh Satellite will have abilities that will only work on the "old White Balls"and not the Early 2023.
I don’t know yet if apps can be made in a way that you can install it on 2023 and use it without the non-existing features. If so, the Satellite could be installed on a 2023. If not, then not

Thanks for explaining Arie. It’s a stunning project!

This is an concept and I’m working on it what are the thoughts ?

I don’t know yet if apps can be made in a way that you can install it on 2023 and use it without the non-existing features. If so, the Satellite could be installed on a 2023. If not, then not

@Arie_J_Godschalk You can as long as you put checks around it:

Well there are a couple of things to keep in mind:

So, i guess, it’s mostly about the permissions and what that means for app availability.

For the permissions part, i can check it. The ledring apps are almost live on SDK 3. We will see what the message will say

Mqtt client is sdk3, uses speech and is allowed to pro 23 (but maybe Athom’s filter doesn’t work 100% yet 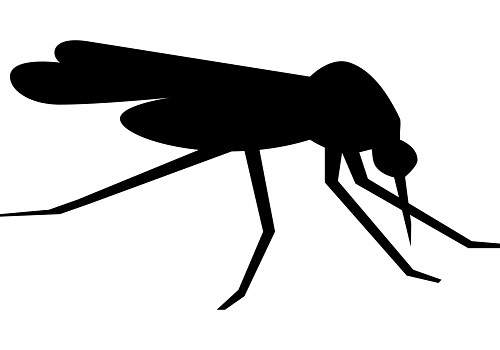 Anyone who wants to test it, the sourcecode is now public:

@Arie_J_Godschalk You can as long as you put checks around it:

That’s my concern as well, asked it in the AMA topic:

The new Homey Pro — Ask Me Anything Announcements

@Weejewel, on slack you stated it will not be possible to publish 2 app versions in the App Store, one pre-2023 and a 2023- version. You replied the app can check which feature is supported and you’ll probably will add a filter for flow cards. Q: Will it be possible to publish an app for Homey Pro 2023 that still has "permissions": [ "homey:manager:speech-output" ] in app.json so on pre 2023 speech will keep functioning? Followup: If not, how can we keep speech working on old Homeys? …