App for the WLED project

There is a big project for WS28xx LEDs at Github: 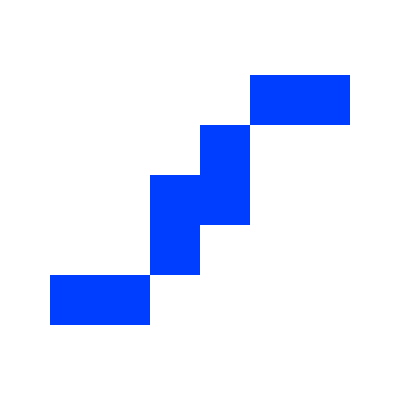 Control WS2812B and many more types of digital RGB LEDs with an ESP8266 or ESP32 over WiFi!

Works on an ESP via IP and is often updated, very stable and well documentated.
The developer even made apps for iOs and Android.
Integrations exist for almost any free SmartHome System : ioBroker, HomeAutomation etc… (but not for Homey…)

As I am new to Homey and not able to program more than very simple javascripts it would be great, if somebody brighter than me would take this idea!
Of course I would support testing.

Thank you for regarding this
Thilo

I came accross this a while ago too.
Funny enough we will release an app doing something very similiar but not based on ESP unfortunately.
Might be worth supporting that ESP firmware too. I will look into it when I get more time again.

UPDATE: Had a brief look at it. I seems to be easy enough to support it with the upcoming app. Already got all the features in required to add it actually, except for the protocol. However, it is unlikely that I can add it before the initial release, which is for the particle controller platform. Look out for something called D.A.L.O.R. I will put it onto the roadmap for that app.

that is very good news! So I will be patient for a while and see how you integrate the WLED. As you have seen on Github, it is quite an active project and actually I coudn´t fin a better / cheaper controller for the WS28xx stripes.

I didn´t understand “Look out for something called D.A.L.O.R” ?

Have a nice WE
TT

I didn´t understand “Look out for something called D.A.L.O.R”

D.A.L.O.R. Digitally Addressable Led On Rest is how we called the whole project & homey app.
I am at the moment finalizing all the stuff for the intial release.

Just for the record, i use these ledstrips with homey via Hyperion since a few years

I just learnt about WLED a couple of weeks ago… From what ive seen its absolutely brilliant. Apparently its super powerful and is getting a lot of traction… Sign me up when this app becomes available on Homey… I eagerly await…

I ordered one of the suggested controllers to test that integration already but looks like many companies suffer delays in production and delivery these days. So it will most likely take a bit until I can add support for that firmware but it will definitly come.

If you have an ESP8266 lying around, it works just fine on those. I have about 4 or 5 of them scattered around the house (with a mix of LED strips and LED matrices).

Sadly got none at all. So I have to wait for it to arrive before I can start on this.
For the good part. All essential things are in the Homey app already. Just need to hook up the other api really. Well and map the existing features and add some more as the WLED supports some fancy things.

Awesome news, i Am a happy user of wled and homey. Can you share the github link of the project so i can see if i can help?

Hey @LinuZZ,
welcome to the forum and thanks a lot for the offer.
No worries. My first ESP will arrive this week so I will start some testing with it this weekend I think.
Should be easy going. I will ping this thread when I got news. Stay tuned!

UPDATE: Controller arrived and the WLED firmware pairs just fine with the D.A.L.O.R. app on Homey. Depending on how much spare time I find for this it might be possible to have it in before the initial app release already. But no promises.

UPDATE: So far WLED works fine already. But I only got basic features in up until now. I will spent the weekend to see how many of the WLED features I can bring under Homey control now.

I am holding back the initial release of the Homey app just a little bit more because I am making very good progress with the WLED support. That way I can include the initial WLED support with the intial release right away.
In the meantime, I have just posted up the community page for the app already. If you guys want to read up on the project you can go here:

German The Idea We wanted to create an easy to use “toolbox”, for even not so tech savvy users, enabling just anyone to build their own led dashboards and lights. We started off with the particle.io ecosystem, simply because it is exceptionally easy to use and requires no programming or embedded hardware knowledg…

Feel free to continue the discussion there. Mention or PM me if you have any questions/feedback.
I am looking forward to the intial release. I got the major WLED features in so far but there are a few more things I want to be supported by Homey still.

App is live! Enjoy and feel free to give me some feedback

German The Idea We wanted to create an easy to use “toolbox”, for even not so tech savvy users, enabling just anyone to build their own led dashboards and lights. We started off with the particle.io ecosystem, simply because it is exceptionally easy to use and requires no programming or embedded hardware knowledg…

Fantastic! Thanks a lot. Integration was easy, now I wait for the weekend to check the possibilties​:smiley: