Hi! I am using Homey pro and Aqara H1 wall switch (no neutral) with Fibaro 2 dimmer. I could get power to the light and control it through Homey app, but for some reason I can no longer control the light through the Aqara switch. Any tips?

Can you be more precise on how things are set up? If the switch and the dimmer are connected to each other directly, I doubt that’s going to work properly.

It is connected as any switch with dimmer 2. 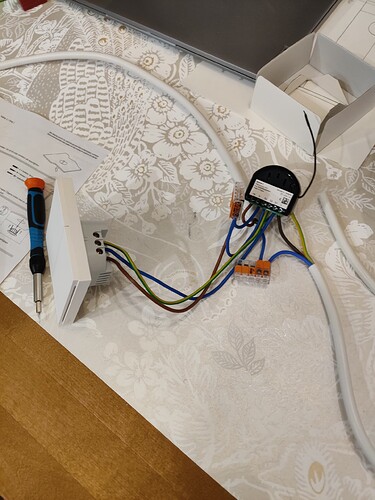 The coloring of the wires is a bit weird (mixing blue and brown wires…), but am I right when saying that neither the Aqara device and the Fibaro device are connected to neutral? I very much doubt that this setup will work.

These devices can work without a neutral by always passing a little bit of current to run themselves, but daisy-chaining two of these devices means that one of them will never be powered properly (and from what I can see, in your setup that’s the Aqara switch).

Besides, I don’t understand why you’re not just using a “dumb” switch connected to the Fibaro.

Thanks for the tips. Dont mind the wiring colouring. This was just a test setup I made. Will leave the final installation for the professional.

So this setup should work with neutral?

I am using Aqara switches around the house. Only 2 need dimming capabilities. So thought it would be nice if all looked same. Maybe need to look for different type of switch for dimmers. 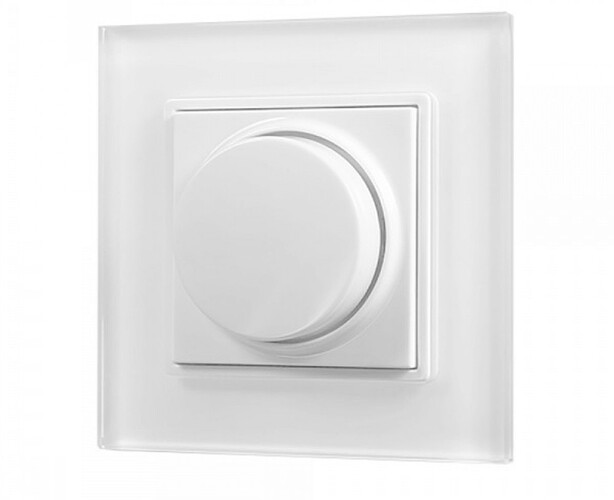 So this setup should work with neutral?

The devices are not meant to be used with other smart devices, so I don’t know.

For instance, how are you trying to control the dimming with the Aqara switch? For dumb switches, I know the Fibaro device supports momentary switches and long-pressing, but does the Aqara switch actually support that sort of output control?

To operate the Fibaro dimmer 2 you need a dumb, non-smart momentary switch (as @robertklep has already mentioned):

Any idea if there is this type of switch that works with Homey.

Thank you. Will look into dumb switches. Read this thread from 2020 and thought this combo would work.

I have a Fibaro Dimmer 2 and a Aqara Double Switch. But how can I make a flow where I dim the light when I hold the press on one of the switches? So far I used to “Set relative dim” by 12 %. So when I turn on the lights, the dim is at a minimum, and if I press the button once it’s increasing by 12 % at a time. Isn’t it possible to make a flow where I keep the pressure on the button and then the dimming starts and ends when I release?

If you hold down the Dimm Up or Dimm Down button on a Philips Hue Dimmer Switch, events are sent over and over again, this is not the case with the Aqara Double Switch.

Also: “There is no wired connection between the switch and Fibaro.”

I see. I miss understood that one (+read poorly).

Thank you for all the help. Everything is still very new to me as I am building my first smart home.

Is it possible to use then dumb lights + philips hue dimmer with Homey?

Or is the only way with dumb lights + dumb switch + fibaro dimmer? Any good suggestions for the switch? Some kind of switch that can be pressed?

Is it possible to use then dumb lights + philips hue dimmer with Homey?

@robertklep suggestion is a good solution, I think.

Thanks for the input guys! Will try that. Not sure if I am capable doing it by myself but will ask my electrician.