I am new to using Homey since last Friday. When I installed the HEOS app and tried to find and connect to my Marantz (SR6012) receiver, which runs HEOS out of the box, homey cannot find the “HEOS speaker” in my Marantz receiver. I have browsed the forum and found some entries for this issue from last year, and tried installing the HEOS D&M app (via CLI install) instead. Also with this app my HEOS on the Marantz cannot be found. Is this a known issue, and is it being worked on to be fixed? Anybody who can help me?

The Marantz app (SR5012 here) can handle HEOS commands. But selecting HEOS as input needs to be done by a so called raw command: 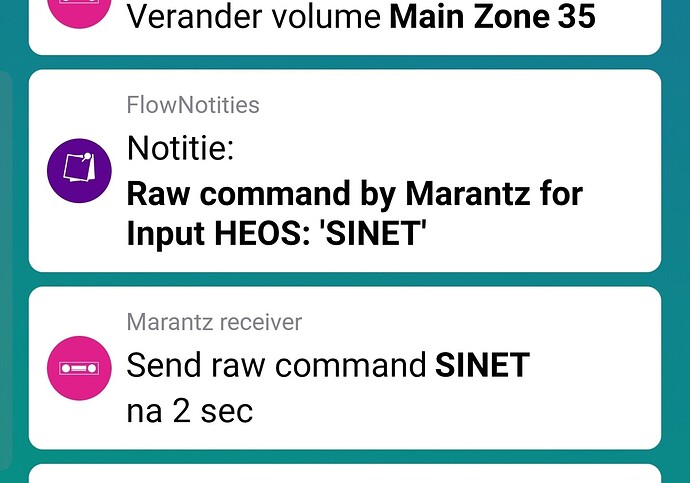 You can also ‘misuse’ the smart select buttons, they can be programmed on the receiver itself. By sending the corresponding raw command, you can call the programmed input.
In my case, internet radio is started here: 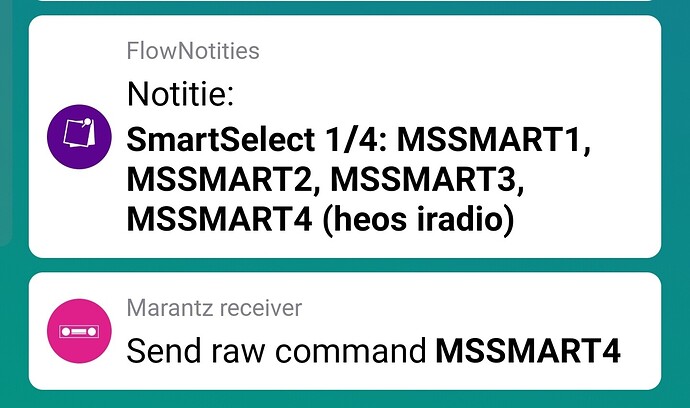 All the selectable inputs, which not all work, hence my ‘raw command’ workarounds: