Why does the lifix app pause its self every 24 hrs.
The only way to get it back in line is to restart the app
Thanks

Pause itself? It doesn’t crash? 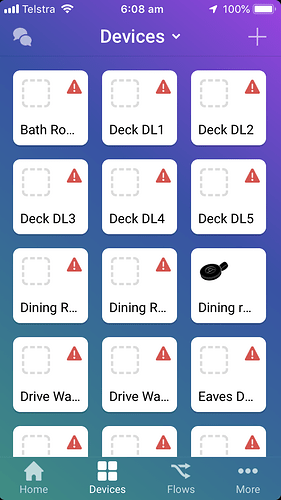 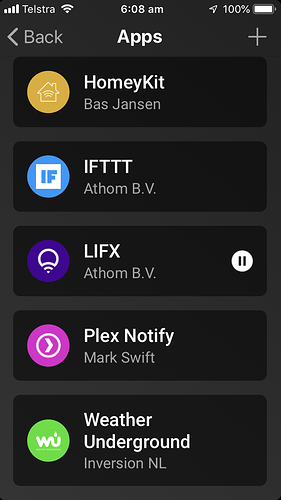 Ah, you have a lot of lifx-devcies. As the Athom-app uses the Lifx-API, probably lifx bloxks your ip or something like that. The Lifx-local app should work however?

I think that is the case indeed. I just checked the code of the lifx app from athom and for every f# device the app is polling the api… instead of bundling the polling and send out state changes to the devices they let the device poll it. So in this case it would be 14 poll requests at least.

https://www.npmjs.com/package/node-lifx seems like should be easy to create a new app with lots of possibilities

If I had any of these devices I would love to do so.

I am currently reinventing the LIFX LAN Driver App. Looks promising. It supports more features than the past ones already.

let me know if you need an tester

The light strip is not yet supported? it isnt discoverd anyways.

ah, scratch that, second attemd its discoverd and added. thank! ditching the other app

PM me if you have any findings