Is there a way to calculate the Dewpoint using a temperature and humidity Sensor? Can I do it with the logic app? Or maybe there is a another App I can handle a komplex formula?

Thanks an greeting Osorkon

Unfortunately the dew point calculation is not a linear function!

Your formula is too rough. I have several degrees difference! The formula only returns the correct dew point with T=21 and RH=60!

I see your formula for the first time. If it would be so easy, I would not have searched here for advice!

I’m either too stupid or it doesn’t work with better logic?!

Sorry, that I replied in Dutch.

Thanks a lot @Ton_Meek ! It works perfectly

Now there is nothing in the way for my dew-point aeration project!

Just curious, in what scenario would you use the dewpoint as a trigger?

I use the dew point for ventilation control. Or the difference of dew point inside and outside. Especially in summer for targeted reduction of humidity in rooms. If the dew point outside is lower than the dew point Indoor = Ventilation is recommended.
Currently I get the ventilation recommendation visualized when opening a window via an LED strip!
Red = do not recommend airing
Green = airing allowed

Later, I wanted to invest in decentralized ventilation and automatically control it in conjunction with a dehumidifier.

Nice use case thanks for sharing

Can someone explain how to use the logics variable. I only get formulas instead of values. 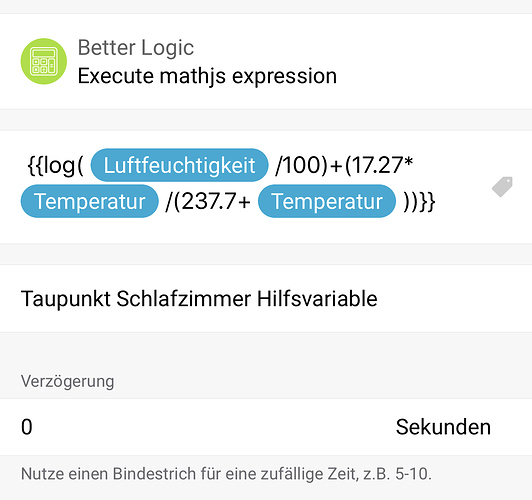 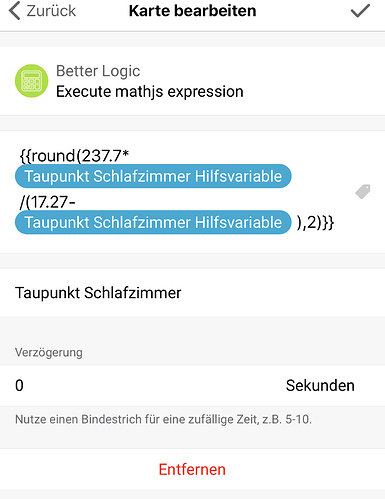 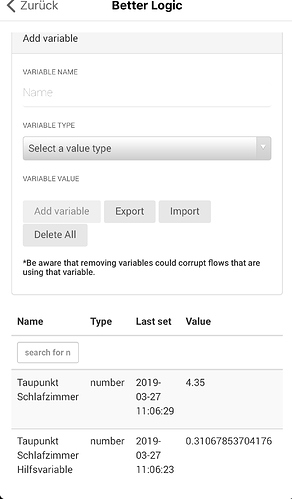