Since (quite) a few days several advanced flows are reported as being broken. Sometimes 2x per day, sometimes 4 or 5 days apart. Usually they are the same 4 to 7 flows. But not all advanced flows. I have taken quite some time to check those flows, but I never see anything wrong with any of the flows.

Does Flow Checker somewhere make a note/log why it thinks a flow is broken? So I can investigate what is going on?

Hey @Twan_Veugelers
It depends. Probably its a broken variable?
Then its quite hard to check what is broken.

The advanced flow check might miss some features. I noticed some issues myself.

Nope no broken variable, at least the flow does not show it.

So I would indeed guess that the advanced flow is missing something.
I would be useful, if I can see what it is that makes FC decide a flow is broken.

@Twan_Veugelers will have a look if that would be possible

Found a minor (but annoying

@Caseda hehe good one. Completely forgot about that

Hi @martijnpoppen , another challenge for you and your fantastic app

Do you think it would be possible to report such broken flows ? Something has happened with those conditions marked (we discussed in the relevant app thread) and flow are broken - but it’s not reported and the flow itself almost do not indicate any problem until launched / tested - then it throws error : 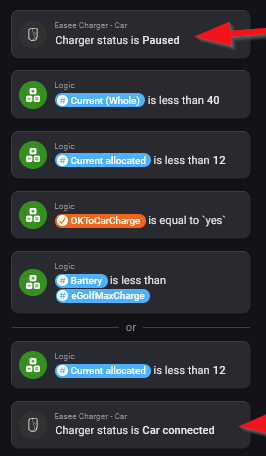 What is dangerous about that, without reading forum, I would not notice it’s broken… now I have to search all relevant flows manually and check. But thinking about those that have no idea…

Thank you for even just thinking about that

Note : I will be not repairing flows for today, just in case you will say you gonna take a look and will be searching for test rabbit.

@Sharkys floechecker wont see those cards as broken as they still have a value. However that value is not in the manifest of that app.
I could check if a flow could be tested. Theres a option for that. Not sure if that will fix it.

I can have a look this weekend

I can have a look this weekend

Thank you Martijn, just in case it makes sense actually. Not sure how many such broken flows could appear for others as it’s linked with specific app / development change that triggered that. So if it’s unique, it is probably not worth the effort. Richard already explained how this happened …

Looked through the code now and understand the problem. Didn’t realize this before, I improved (or so I thought) the code and put all statuses in an enum in the code and used the autocomplete feature for this condition. The argument has the same name, but it caused a change in the id’s in the dropdown

@Sharkys you still have that broken flow?

If possible can you check it in the api playground?

I’m curious if the triggerable returns true or false

Will check, currently it crashes my mobile browser

So Firefox took 4.5GB RAM to display details of 620 flows

It got frozen, unresponsive…no wonder on mobile any browser I had used, crashed

Btw the condition I see in the GUI as non existing, is displayed fine …

I’m afraid such errors would be probably undetectable…

@Sharkys you have to many flows

Yeah it is undectable. Has the capability is valid and has a value. Unless the app creator keeps it and uses deprecated. Then Flowchecker can check the deprecated cards

you have to many flows

Still waiting for some option for “easy” migration from Flows to AdvancedFlows, so that I would not have to copy everything and every flow manually.

But true is I need to start optimizing, as I’m not over yet

Unless the app creator keeps it and uses deprecated.

Indeed, but this was un-intended error, already fixed in the meantime, after I realized actually what one of the user wrote, I think at that time also developer realized it as well… it’s already fixed in the next version, yet - it’s pretty un-detectable/nasty error . Possibly also something that would/could be addressed by Athom as maybe that should be prevented “by design” but not an expert here … anyway, maybe will not happen again (like with other app, other developer).

Btw speaking about flow optimisation, seems that I would probably use output of

…somehow sort it by nr. of triggerCount … already see there some good candidates not sure however how much I would help to lower the load.

Anyway, probably it’s “out of scope” for Flow Checker or at-least this thread

… and anyway, seems that AdvancedFlows do not include “triggersCount” anymore.

LOL, I just ran the script, and it tells me also about who really I am

And it tells you Homey can fire flows millions of times and it does not affect the load too bad.

True, probably while we can use multiple triggers inside one A.flow

@Sharkys I do have a triggercount feature on the todo list. And to act on it. So if a flow is triggered more than X times then…

So maybe I’ll implement that

if a flow is triggered more than X times then… 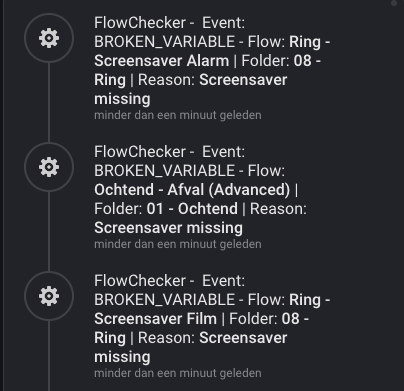