Hello.
I use Google Translate as I do not know English.
I hope you understand my question anyway.
I would like to add my extension, which has 4 connectors, and 3 USB connectors.
I just have not made it work yet.
Is it possible it will be possible in the future?
Thanks in advance.
Sincerely.
Tobias.

extension, which has 4 connectors, and 3 USB connectors.

Do you have a link to a shop or a better description of this device? Not clear what you mean.
Do you own a Homey-pro or Homey(cloud)?

There are also Topics in different languages: 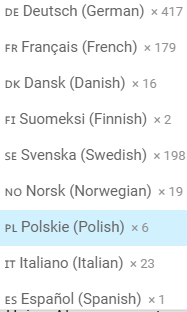 Hello.
No, unfortunately I do not have it, as you know you can not buy it anymore.
It’s a Wifi extension called Smart Power strip I can see when I go into the Tuya app.
I have a Homey Pro.

You can control almost all non-supported (mains powered) Tuya devices by using Tuya Cloud Scenes card in flows. You can’t use sensors to start flows. Example: Diffuser control via Tuya Cloud Scenes Card @ your phone: Add the diffuser to the tuya app. Create 2 “tap-to-run” scenes inside the Tuya app. scene for “switch diffuser & led on” Do the same for the “off” function. My tap-to-run scenes overview: [Screenshot_20210214-164846_TuyaSmart] The scene itself: [Screenshot_202…

Hello.
No, I can not add it to Tuya Cloud.
I had an extension with 3 connectors and 4 USB connectors that I tried with before I sold it.
When I added it, Homey would only add the 4-plug extension that I mention.
I could also control the extension in Apple HomeKit, but I would also like to be able to control them in Google Home.
When I went into Google Home, they just stood as offline.
I have nothing but an extender, and a fan that also works with Tuya.
if one has to do everything possible to control the extension, I just keep it in Tuya, as I always have.
I would like to be able to select the extensions, and then smoke plug in, just like they do the regular Tuya app.
I am blind
.

I would be very happy if the person who develops the app can do so, so when you add an extension, then smoke plugs in, and then you can control them individually via Apple HomeKit and Google Home.
If it’s cumbersome it’s fine, but if there are options to add a Nedis Wifi fan, I’ll be extra happy as I can then delete the Tuya app.
I’m blind and Homey is not 100 percent available with my screen reader, so it’s hard to do the advanced stuff right now.