Does someone know whether it’s possible to set a zone name as a variable in an advanced flow and reuse it later in the same flow.

That’s not possible at the moment, as both the Tag doens’t exist and the flowcard to turn on all lights is just per zone and doesn’t accept an Tag for the Zone.

Dim all lights in a zone in an advanced flow

There’s lots of possibilities with the "Device Capabilities" app:
(it can be a bit technical, but the dev is very supportive) 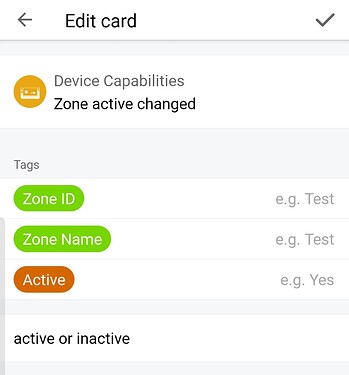 Screenshots are just to show some possibilities