I am a Wink user that became frustrated by the now 16 day outage of the Wink server and ordered a Homey Bridge that I have had for a few days. I have moved over most of my lights, which is a collection of Leviton in wall outlets and light switches. In setting up my first few flows to turn on lights as dusk etc. I am trying to set up a light that turns off automatically in my home office after 1 hour. Cannot find anything in the Flow tools that acts as a timer. I would rather not have to order a motion sensor to do this as it seems like a standard feature like on Wink. How else would you time a sprinkler or irrigation system? Help! 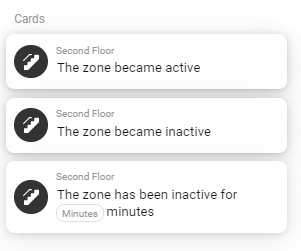 I understand you have no option for a Homey Pro, but for now nothing I else know in the Homey beta.

What do you user if you have no motion sensors?

I do have motion sensors that I have not moved over from the Wink controller yet as I have to figure out how to include in the Homey system.
This office does not have a motion sensor. Besides, having a timer seems like a very basic function of any type of automation system! Microwaves have timers. Toasters have timers. Washing machines have timers. It’s so basic. If this is not an option I may have to move to SmartThings.

Great idea! Did not think of that one. Thanks so much! Tried it and it works. It actually worked when turning on the light manually not just in flow.