is there a way I can set up presence as viewable in the dashboard?

ive been trying to modify my dashboard by moving around buttons, graphs etc. But i cant seem to understand how to move them around.

I go to “layout” but i am not allowed to move the different things i have there. What am i doing wrong ?

Yes. Create a virtual switch and a flow to make that go on/off with presence, then connect that switch to your dashboard.

wow, fancy. Is that a still image with custom buttons over it?

lights, and turning of and on works.
NExt two steps… setting light colour (color temp mostly!)/ brightness (for hue)
and
Temperature of a room with tado. Any tips where to look for?
This is tough, but so much fun to dive into

Temperature of a room with tado. Any tips where to look for?

I do stuff with this one: node-red-contrib-tado-client (node) - Node-RED

Where do you paste the CSS? I found the themes tab etc, but that is it… GOgle isn’t useful ;S

It is a still image (svg) to which svg elements have been added.

Is that your actual house?

Yes, based on original plans. All precisely scaled

Damn nice! Are there any guide for us “dummies” how to make something like this?

I have a small problem: When i display my Dashboard on an ipad1, some pane’s overlap.
Any idea? I don’t have this problem on my desktop.

I consider myself to be a dummy… If you don’t mind learning from a amateur: 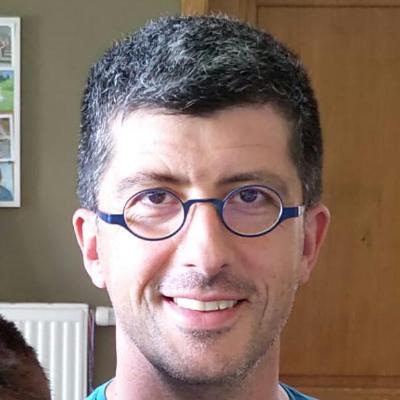 Thanks man! Or women

Is anybody encountering problems with their Node-Red dashboard since the Homey v5 update?

All my dashboard controls are no longer working. I can click on the different switch nodes and the dashboard will change state but it seems that no MQTT signal is being send since the devices are not responding.

Sending MQTT signals from Homey is working, since i can control the Sonoff tasmota via homey. However when i do so, the dashboard is not showing the correct state.

Maybe somebody can put me in the right direction?

Have you tried restarting MQTT Hub and MQTT Client on Homey? Sorted out the same problem for me. (Homey not responding on Node-Red)

I rebooted the Client and the Broker. But not the HUB. That did the trick!
Thank you

Past week the MQTT Hub went through some updates.

Most users are upgraded by now, so I would like to know if anyone encountered issues?
Or maybe you have suggestions for improvements to make your live a little easier?

Thought I should ask here to, most of the heavy users are probably around here somewhere

To be honest, I don’t notice any difference. But that’s probably a good thing

Now I think of it, in the past couple of weeks I did had an unresponsive dashboard. I restarted the client and hub and then it worked fine. Don’t know if it’s related to these updates. I didn’t put much thought in it.

Just scrolled trough the Changelog. I don’t think there’s something I had a problem with. To be honest, most thing are above my MQTT knowledge

Are there things that changed the interaction with Node-red?

Anyhow, big thanks for keeping this project updated/supported! Just bought you a couple of Corona Beers!

The biggest change is probably the upgrade to SDK 3. The app API has been improved by Athom. Combined with v2.4.2 of the MQTT Client (test version) it should be an improvement in connectivity between Hub & Client. The rest is mostly some bug fixes & extended functionality of the MQTT Device.

The MQTT Device is a powerful device operating on mqtt messages. It links Homey capabilities to MQTT topics. E.g. add a button to send an on/off message to some mqtt topic or display an external sensor value within Homey on a virtual device. All fully configurable.