Homey V5 (Discussion about v5 before it was released to stable)

Only way is to check github repo, in app.json you can find the sdk version number. But all main apps are sdk2 or 3

I figured that out and just updated. All seems to be working fine

And there are some alternatives, so I will manage

I haven’t upgraded to v5 yet, so question for those who did: Does this increase the Zigbee range at all? I have a sensor in my shed that’s struggling to connect and I’m wondering if I should hold off on getting another router for it in case v5 fixes the issue.

I don’t think it would increase range, hardware is not changed in either homey or your devices.

My devices are still connected, but i have a lot of routers (philips hue) so no idea about range

if range is a problem

Did anybody say ANTENNA MOD?

Go to http://developer.athom.com/tools/api-playground and enter the command below, then press “RUN”.

Again when are they expecting to release the final V5? Just bought some stuf from Robsshop (its own brand) to find out it is not supported under V4 (not stated on their website), and not planning to update the robs.app for V4. Only V5. So its useless for the moment.

Well… you will have to install the experimental firmware… but the app is ready. 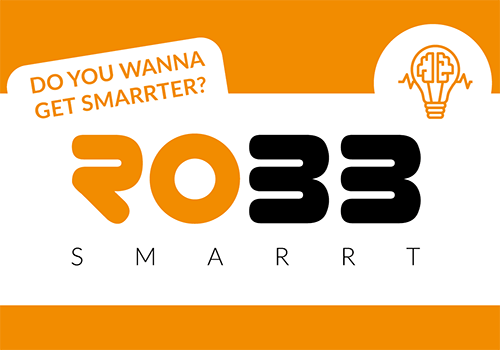 Automate your home or office, by ROBBshop.nl

Again when are they expecting to release the final V5? Just bought some stuf from Robsshop (its own brand) to find out it is not supported under V4 (not stated on their website), and not planning to update the robs.app for V4. Only V5. So its useless for the moment.

Unfortunately, Athom’s app store does not allow to release an app towards v4, while another v5 capable version is in the test environment. If there would be an option to go around this, we would have used it.

What alternatives to Led ring collection you mean? I dont see any? Or?

But I did not test them yet

This one is not compatible, it’s also the same developer as the led ring collection.

And I do not seem to understand how the other one is working, so far no real alternative. But could be worse app to have no replacement for, was just a nice to have for me

I didn’t understand it at first either, but now I get it. You have to set your screensaver to Led it Be and then add another card to set what you want as a led it be screensaver. You can find the led it be card all the way at the bottom at the Apps section. 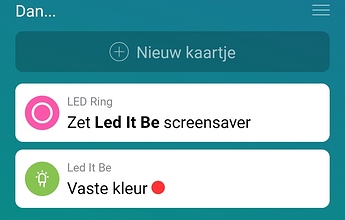 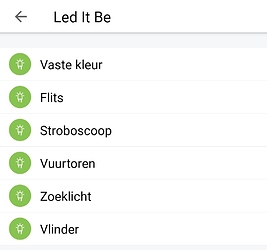 Does anyone know if V5 fixes this issue? So I could turn on groups/multiple zigbee lights at once instead of adding 1 sec delays.

I was wondering whether HomeyDuino will work in version 5. Does anyone have a clue? I know HomeyDuino does not seem to work in the 5.x experimental version.

Yes it is SDK2 so it will work

Does anyone know about Osram Lightify plugs?
Are they already working in version 5.0?
Can’t find anything about it.

Edit:
Found it.
Seems like we have to wait for Athom and the official release.

Seems like we have to wait for Athom and the official release.

I would have expected they already have a version. But apparently not?.

I mean when V5 expects SDK3 for zigbee apps, then I would assume Athom makes sure that their zigbee apps are SDK3

Could be, but why is it still in the list of non working apps then?
This is the only app I need before running v 5.0