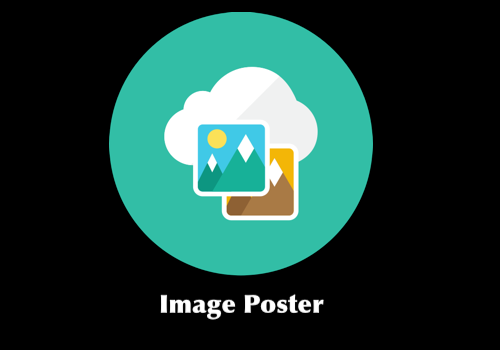 That’s because it was the only hardware there was.

Where do you read that?
It is only about apps that still use SDKv2.

All Homeys will get updated still with new features etc (though that might cause you to not be able to use apps that haven’t been updated yet).
There has nothing been said when such an update will come for the older Homey Pros. (It will come, we just don’t know when)

It is just that you can’t install SDKv2 apps anymore from January on, as all apps using SDKv2 will not be available in the appstore.
Which is 80-90% of the list above if none get updated.

A post was split to a new topic: Concern of SDKv2 being deprecated

The app soundboard is more than only play a sound on the homey. You can also play the sound on Sonos. So really hope there will be a app like this.

If you have a Upnp server or NAS or something, you can use the Universal Music Player to do the same as soundboard (only from a USB stick or NAS).
[APP][Pro] Universal Media Player - A Generic storages place for your Homey, speakers, tv’s or other media devices - Apps - Homey Community Forum

This means it will be updated to SDK3 and maintained.

I just updated the post that Athom is rethinking that decision

(includes the source on Slack, give it a thumbs up so Athom knows it really is needed)

Really! That would be amasing! Really please keep that folder so we can fully migrate!
And keep that lovely customisation everyone seems to love!

Great.
I was just thinking about the other day whether if I should try doing that myself.
I am an experienced software developer but have not tinkered with node.js (yet).
This was very great news.

I was just thinking about the other day whether if I should try doing that myself.
I am an experienced software developer but have not tinkered with node.js (yet).
This was very great news.

There may be enough other apps that need a new developer and for you to tinker with node.js

Is it difficult then to put an app from sdk2 to sdk3?

Depends how good you are at node.js. 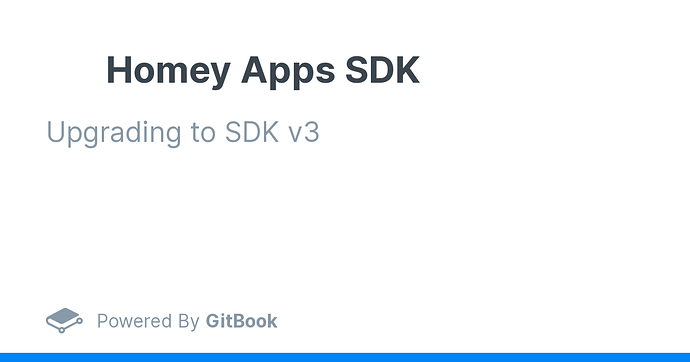 How to upgrade to SDK v3 introduced in Homey v5.0.0

And how much time you can spend on it

Yeah I plan to run both alongside each other and gradually migrate.

Just save and run this Homeyscript, the result is sent to Timeline:

It’s now combined with this nice one:
(run this code in playground)

All Athom apps on SDK2 show no messages because of that. I guess they filtered them out.
But some SDK3 apps do show a warning, because of certain permissions which are not in the 2023 pro.

Soundboard is sdk2, but it does not show that warning.
Only the: will not work on 2023 message. I still don’t know jow they did that.

Tado (the Athom version) is on v2

You’re welcome Henk.
I really expect Athom to have their in-house apps ready in time, for the Pro 23

Life 360 is just the other way around: the script says v3, while the App Store says incompatible…

. And as far as I can see it doesn’t use speech/sound/nfc/ledring.
Maybe it uses the /userdata*** folder.

done a complete rewrite of the App life360. It might be still buggy as everything is changed. The app is now written for SDK 3

I don’t see why the store marked it as incompatible.
Maybe @MarcelT has a clue

Or better, maybe @Emile has a clue 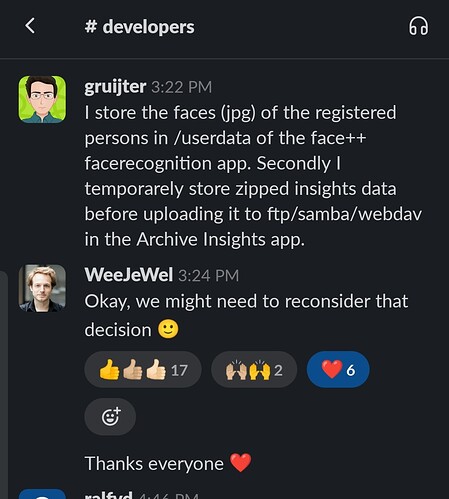