These are realistic parameters for an entry level device such as the Homey Bridge.

I believe I need to return the bridge and get a Pro for my use case.

I am not a good example for entry level user .

Ledvance Smart+ is not supported in the cloud / bridge version. It gives you Osram, but then on installing it tells you that no app was found. You can’t select it in a flow.

Ledvance Smart+ is not supported

Thanx. It was supported, but it’s been removed so it seems.

Somfy Tahoma is now available in the test channel for Homey cloud.

Linktap is also available in the test channel for Homey cloud.

Somfy Tahoma is now available in the test channel for Homey cloud.

Linktap is also available in the test channel for Homey cloud

Homey bridge integration with alexa and google assistant? doesnt that work as of yet?? in the keynote they mentioned that it was compatible, but when i try to integrate at the google assistant, it just throws an error.

A bit more specific info would be nice. 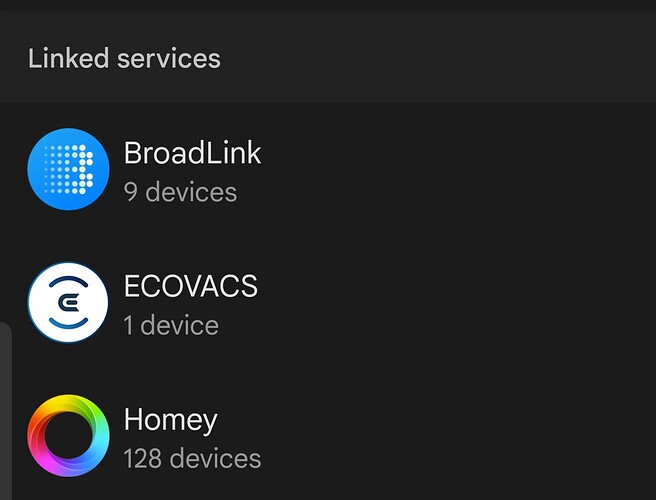 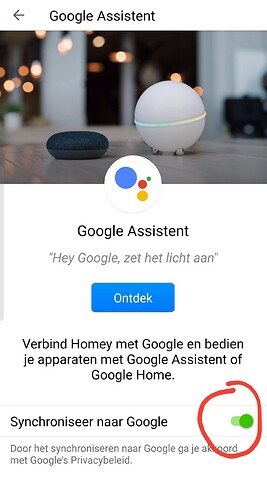 This error happens… after I try to link, and then I am asked to choose my homey account…

@Morten_Skandshus
Error 401 is about authorisation failure.
Either try / test your logon credentials to be sure they are correct; if the problem persists please report @ Feedback Homey (Beta)

So none of my apps will be available on the cloud.

I see LinkTap is now live! Is there a breakthrough of some kind for 3rd party devs like yourself, Adrian?

It started with Switchbot as Athom wanted them on board. To start with it didn’t look like they were going to commit so it was lined up for me to publish that and I signed up to be a verified developer. Since then they have created an account for the app to be published but I will still be the developer.

At the same time I have worked very closely with LinkTap to produce that app and they have been extremely helpful in modifying their API to provide the required user experience. I had to sign an NDA with them so I can’t discuss that in any more detail.

I have also been committed to Homey and support for my apps for several years and gave assurances that I will continue with that.

The LinkTap app had to go through extensive testing by Athom and I had to arrange for them to get a valve and bridge from LinkTap to do that.

So as it passed all the requirements and had the backing of LinkTap it was accepted.

It was certainly much harder to get that published on the cloud.

Thanks Adrian, it all makes sense. I hope you’ll get rewarded by the companies and don’t have to pay Athom the €100 annually fee

Available as test version for Cloud without Bridge: 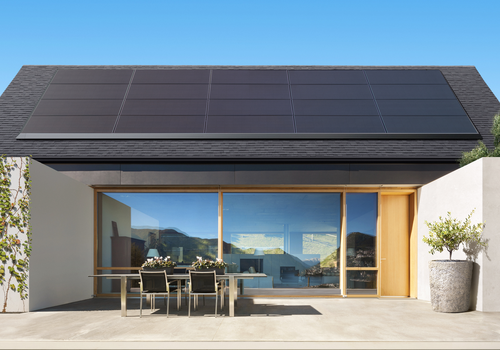 Connect your Solar Panels to Homey

I’m trying to get something to work. Installed the homey app on my phone, trying to add apps
Both by searching for apps from Homey and using already installed apps.
Chromecast, Phillips TV, Phillips huey all that’s supposed to be compatible.
Anything I have missed?

all that’s supposed to be compatible

Where did you hear / read f.i. Chromecast is supposed to be compatible?
Phillips TV (IR) and Phillips hue are (partially) compatible.
Mill is not because WiFi devices are not supported at all.

Seeing a couple of questions and suggestions about combinations that are just not possible I want to clarify some of the limitations. As from the Launch of the Homey Bridge 7th September 2021 Homey is a mobile “App” connecting a (Cloud) Service. The older Homey’s (Models Early 20xx) are re-branded as Homey Pro and Athom promised to treat them equal to the Homey Pro (with 2 Core CPU) regarding Firmware updates and service. Email/user To use a Homey / the Service you need an Athom-account. Eac… 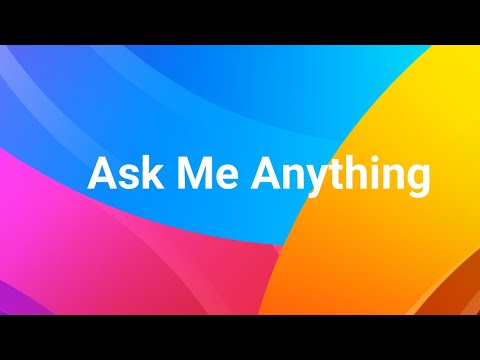