Is it possible to add a module behind a double light-switch and control them seperatly?
Preferably anything but Z-Wave. 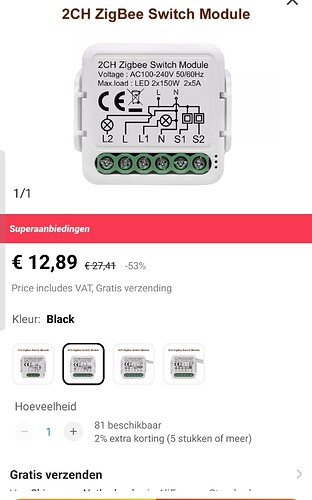 @Peter_Kawa, are you sure that a 2 channel switch works without app? 1 channel of course, but 2 channel?

Ah, didn’t think of that, but I don’t know why that shouldn’t work.
So, f.i. double pulse wall switches aren’t also supported as general zigbee device?
I expect it to appear as two separate wall switches in Homey.

@FrankB For most models it’s best to check if it’s supported by an app.

No, generic ZigBee devices really have only a very generic implementation, which means no multi devices support, there will be only 1 device that might control both channels, or might just control 1 channel (where the 2nd channel (or more if there it is there) won’t be controllable by Homey), which is brand specific too, there are too many differences between brands to be able to do that.
The same goes for Z-Wave, where the generic support is even more generic.

Hence an app is mandatory for any 2 or more channel devices, no matter what protocol.

Thanks for clearing this up!

These are some apps with support for double switch modules: 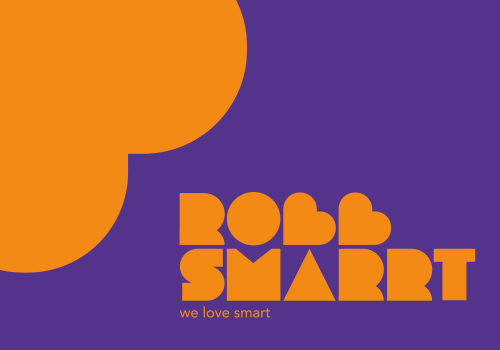 Automate your home or office the ‘smarrt’ way with ROBBshop’s own line! 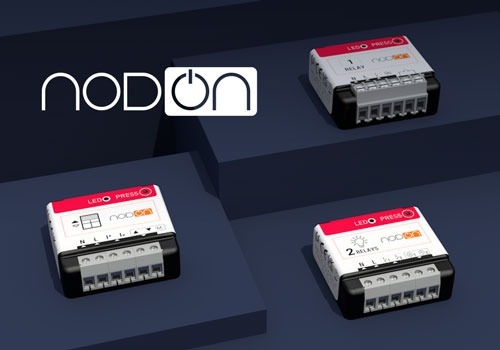 Partner of a connected world 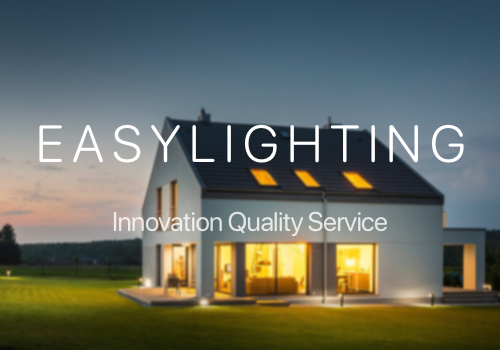 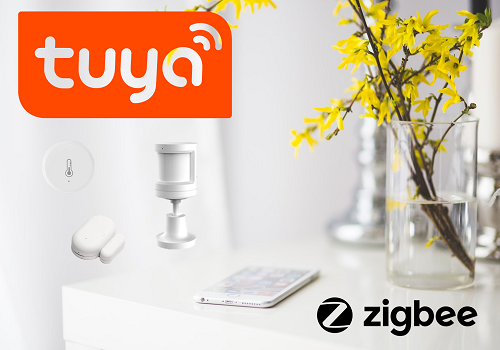 Control your white label Zigbee devices made by Tuya 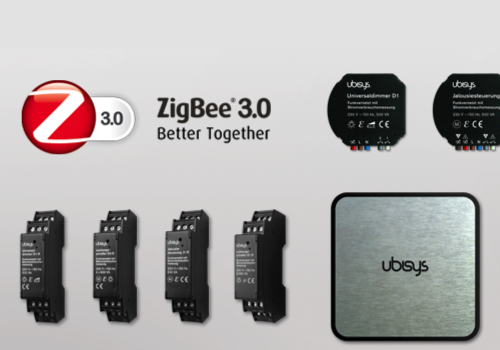 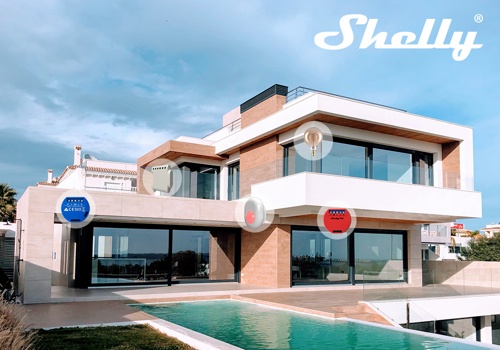 Smart solutions for every home and office

Thank you for those responses, I’ve chosen for tuya. When it arrives I’ll test and report here.
The others are rather dodgy and I have bad experience with Shelly support.

When Tuya = Tuya zigbee, there’s a (big) chance it’s not supported by the Tuya zigbee app. That’s because of lots white label Tuya devices can have slightly different firmware / ID’s, while they appear to be exactly the same.
Supported devices: 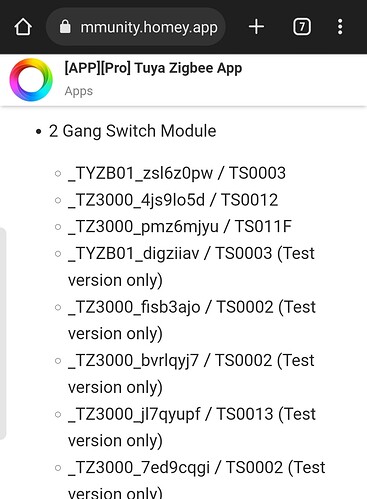 Here you can find the matching device: I bought this one on your recommendations, but now here is my follow up question;
After opening the wall switch to add the module I see only 3 wires for the double ‘rocker’.
2 on one side and one on the other.
Problem is I can’t find a schema (also not in the documentation) on how to connect it.

3 wires for the double ‘rocker’.
2 on one side and one on the other.

It is a bit tricky to advice without pictures or scheme’s. Can you make a pic of the double rocker’s wiring?
For now (for Dutch electricity wiring):
Are the 2 wires on the one side black, and is the wire on the other side brown?

If so, you can connect the tuya switch “in between” the 2 black wires.
Please don’t do anything when not sure!

Indeed 2 black ones and 1 brown.
I understand the Black’s, am I correct to assume that the brown one has also be in between the module? I do not have a blue wire.

No the brown one should be splitted, so it goes to both the rocker switch and the tuya module.
When you don’t have a blue wire, try to add one (ask a professional when you’re not into wiring);
or order a module without need for the blue (neutral) wire. I don’t know if there are any of this type yet.
I didn’t think of the possibility of a missing blue wire, where the rocker switch sits

I bought this one on your recommendations

Which one? You never mentioned which device you bought. The only thing you mentioned was that you chose Tuya. And as @Peter_Kawa has already shown, there are several 2 Gang Switch modules that are supported by the Tuya app.
And btw, no device was recommended either, we have just listed which devices are compatible with Homey.
Just to clarify.

I bought the Model: SM-104BZ Module, but is seems it won’t work (needs neutral), no worries, I’ll look further.