When working with logic, it is sometimes hard to see what value belongs to what device. 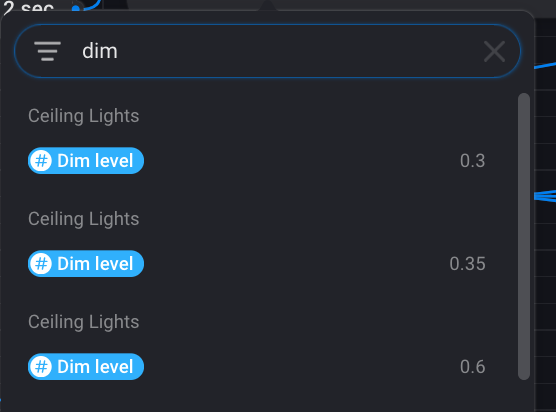 Finally the request. Put the room name in the listing when showing all the logic/variables.

That would be a work-around. It has some drawbacks:

With my examples I only wanted to show that there are actually other ways to indicate the location of a device without having to add the entire name of the room, as you have done or at least described. And there is also a solution for Apple Home / Siri.

But as you may have seen, I agreed to your request with a

. That means that I fully agree with your feature request and would also like to have this feature very much.

In the same category:
I have spotjes (spotjes is a dutch word for ceiling lights).
I have them in my kitchen and livingroom.

How can i see where they are?

I would hate it to call them spotjes woonkamer. It is possible, but woonkamer is a known fact.