The improvements are in live, so let me now @fantross .
And please let me know how it is after a Homey restart.

And no, for me, a Homey restart is not a permanent solution, i only ask it to try to know the difference.

I normally don’t reboot my Homey, only sometimes for testing/debugging or updates.

Aria, you’re too fast for me…

My post regarding the higher memory consumption was just an info and not a request to change anything.

But I will let you know how the memory consumption behaves with the new version and after a homey restart.

I did the update as well, and restarted Homey (which I usually also don’t do).

Haha, no worries, it’s just, i am always thinking about the memory usage.
And it drives me crazy that i cannot get it lower.
Like Advanced triggers is just 8MB, JSON also 8MB, Musziek URL Convert is just 9MB.

Now Google services is use the Google Node API, which is very heavy, so 25 for that i don’t mind (you get a lott of functions for it).

But the fact that apps with AthomAPI, when you collect a lott of data, seem to put up all memory usage for all apps using AthomAPI, really irritates me…

It does still drop (as usual with apps with AthomAPI) after about an hour. But that i cannot control:

Last message/post, after that i didn’t do anything. And then it drops after a while.

Okay, take a look at the Test version:

There is the new card: Zone became Active/inactive/both.

You can use the Set Capability Cards and place the Zone ID tag in the ZoneTag field.

Also, more Dutch translations, getting ready to create a file to be translated into german again for the AVD exchange and Flow Exchanger. 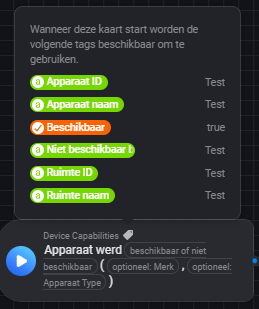 Very handy, i allready found out that my Gardena lawnmower keeps turning unavailable and then available again, for no apparent reason.

Very helpful, it will help me identify failed units in the future.
Your app is slowly becoming a Swiss army knife

Your app is slowly becoming a Swiss army knife

Yeah, i intend to.

If you can think of any “watchers”, let me know.

Because the DC App allready collects a lott of data. And while this is done smart, i prefer to not have 10 apps collecting the same masive AthomAPI data.
So i wanna use this app as best as i can, and the DC App allready “monitors” every(!) change in property of:

So if you can think of a “trigger”/watcher/listener dat you want, let me know!

This might sound heavy: but all i have is listeners to when a device or zone or something updates, i get a notification with the new device/zone/etc in it.
So any listeners/watchers can here be validated.

Meaning i don’t need timers or constant change-checking. On any change, it only checks if the device-id/zone-id/etc is in the “watchers” list, and if so, check the change etc.

Since the latest update, all my icons are gone. Error ?

Send me a printscreen off your app settings: Devices and custom icons.
If you press the magnifying glass at a custom icon, do you get a list of items?

Wait, i see another bug in dev. that might be yours (only a few have that version yet) and it might be why some things don’t load correct.
Update to the newest Test and check again?

I dont delete icons at all! there is no script in it or anything.

A few TFE and AVD import bugs (with variables) have been resolved in the current TEST.

The symbols are displayed incorrectly or not at all 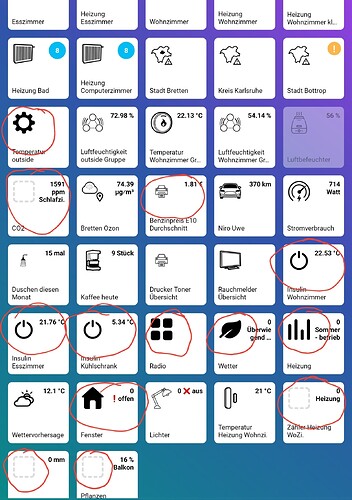 Many devices no longer have the option to re-upload the icons. 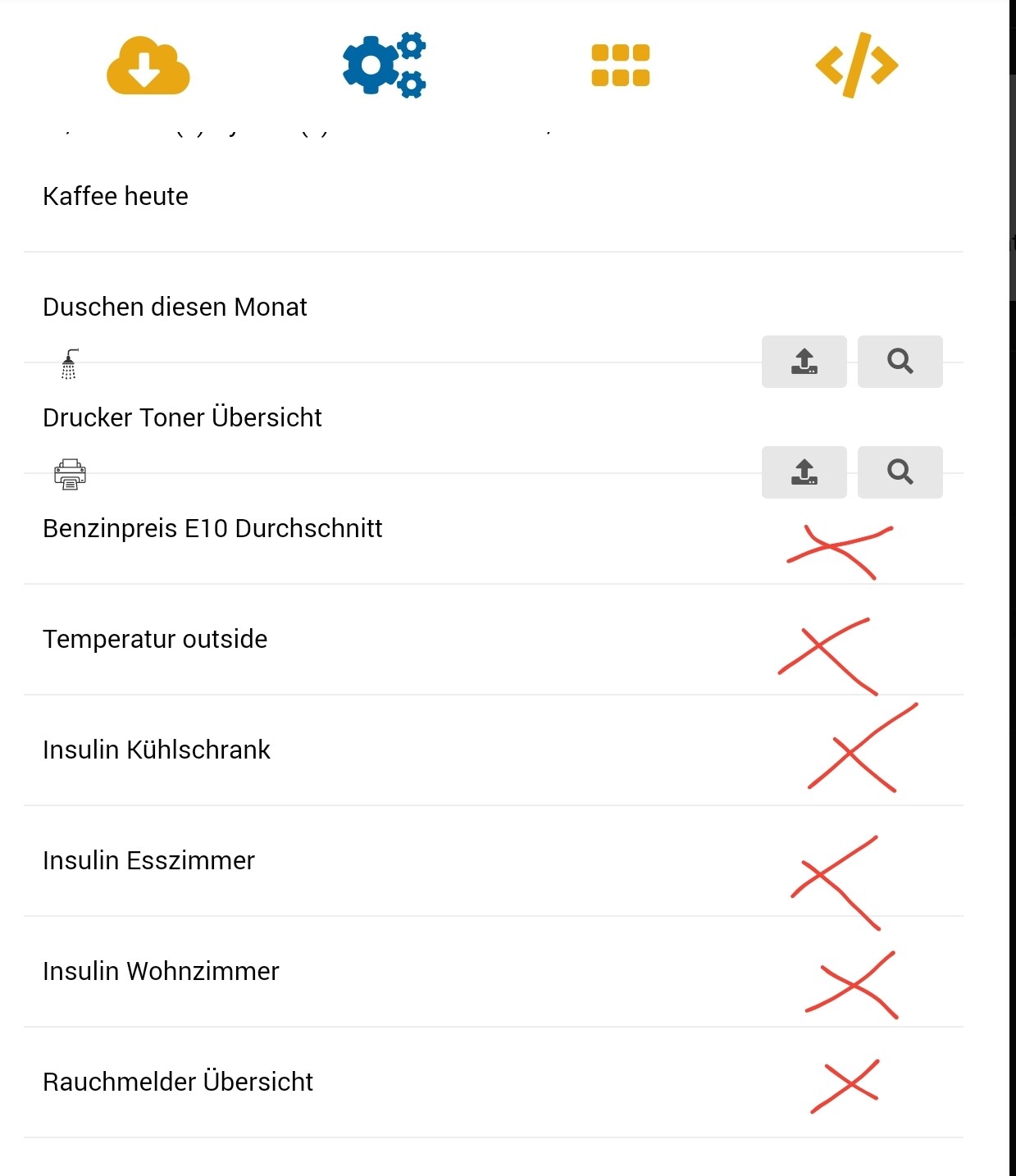 My previously uploaded symbols have all been deleted and replaced with standard symbols. 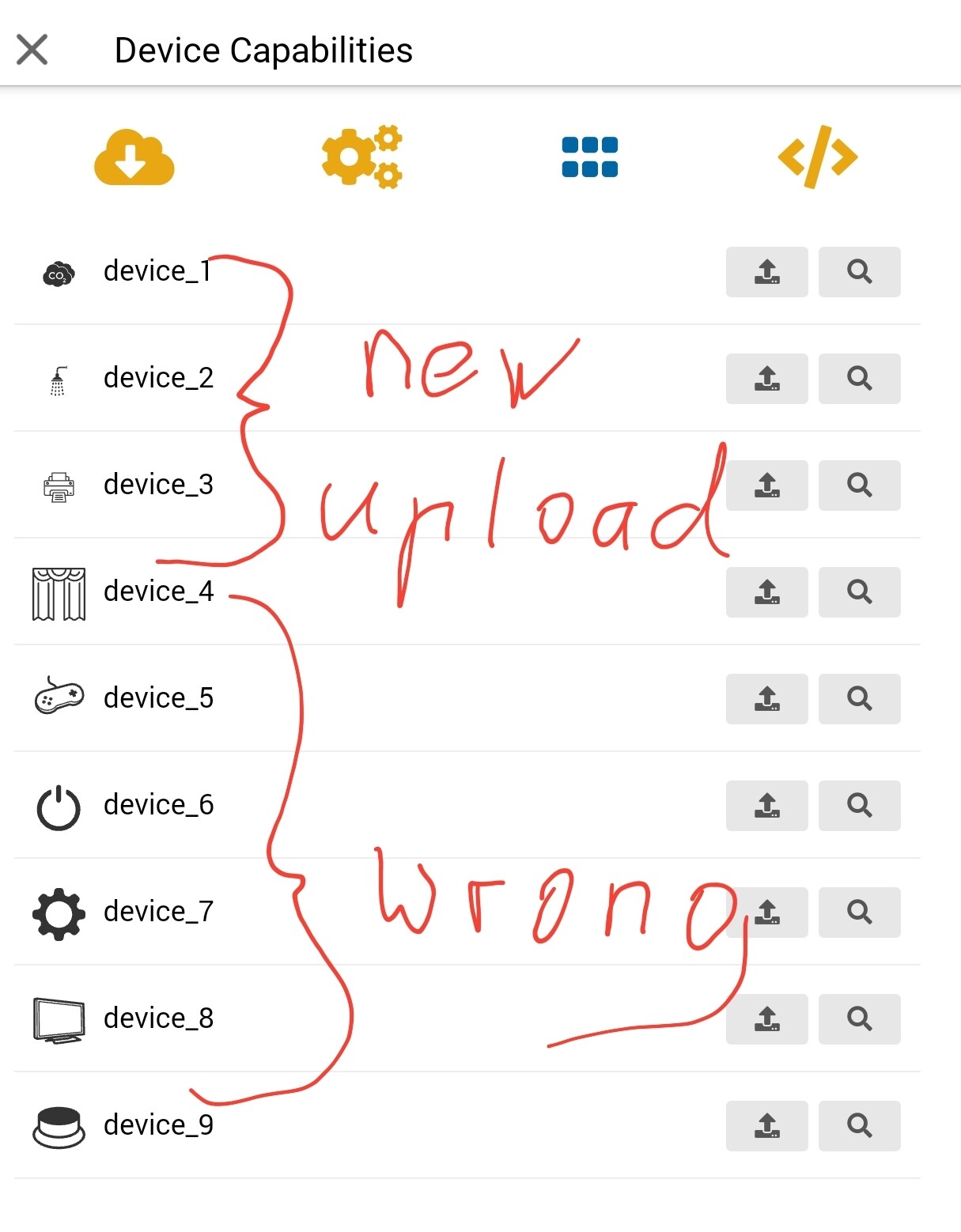 I am using the latest beta. I only went back to the stable for a short time to test if the beta is the problem.

Please create and send me a AVD TEF for any devices that do have a icon but that cannot be set through the app settings.
(Because that is just weird)

And, did your custom icons have any customnames that you also lost now?
(Did you double click and set names before)?