Control your home network and keep track of connected devices. 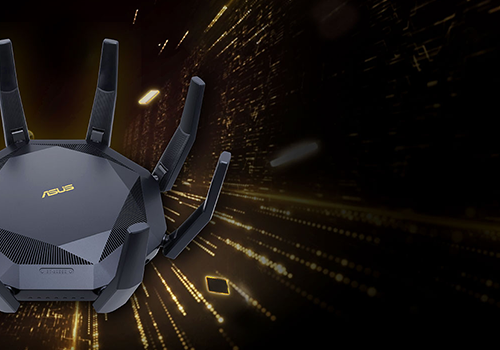 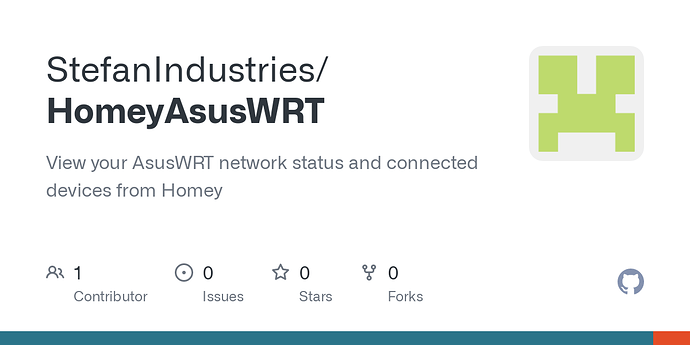 And @SlicingHaunt for developing of course!

Using the app for a few days now, again: thanks for developing this!
User presence is already working great!

This is what I see when I add my ZenWiFi XT8 set, which I use as access point: 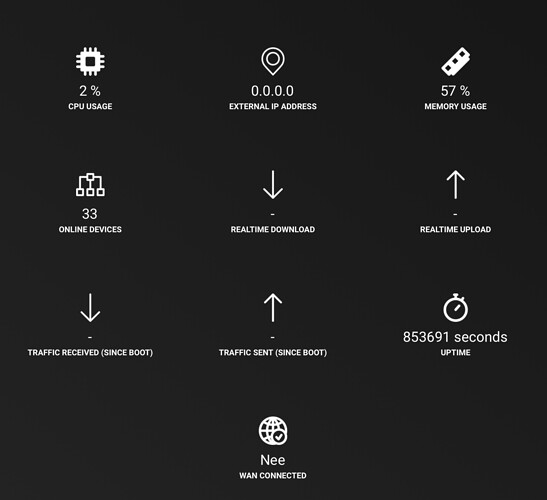 image1620×1479 97.1 KB
My WAN is not connected (only as wired backhaul), so a lot of stats are not used. Is there a way of hiding these? Or perhaps make other stats available that are useful when using a router solely as access point? I suppose there are a lot of people that use their Asus that way.
And may I suggest displaying the uptime in hours or days or so? Just seconds gest a number that doesn’t tell me a lot, without recalculating os to hours or days…

Again: thanks for your effort. The above is only meant to make the app (even) better!

Ran into this minor problem when pairing.

Hey guys,
Thanks for your responses and positive feedback, really appreciate it and gives a nice boost of energy to keep working on this

I completely forgot there are also users that use their asus router as an AP, so I will look into that for the next releases if I can hide some of the capabilities, but also reduce the amount of http calls that are transmitted to AP routers, just to safe some memory and precious cpu time from Homey (and your router)

My first priority is (besides squashing bugs ofcourse) adding action cards but there are some things that I need to research first, since the homey app is basically a reverse engineered android app from Asus, I just haven’t figured out yet how actions are transmitted like restarting the router or enabling/disabling your guest network.

I hope to add some actions in the following week or so, depends a bit on my spare time.

Thanks guys, appreciate it!

that could be to a number of reasons, I am using the standard login credentials template from Homey and I don’t think I can log errors in there, will look into that for the next release.

I installed 1.0.5 and the error have changed a little

I have just published a new version to test v1.0.6

This adds more logging and better error handling, this will probably be live in production soon too.

Could you try pairing the device on 1.0.6 and then sending me the log reports if you run into errors? (you can find this button in the app settings in the homey app, it should be above the ‘restart app’ button)

I just upgraded from 1.0.5 exp to 1.0.6 exp and added my router without problems now

Thanx for your work on this app!!!

I just installed the app but it doesn’t work for me.

What am I doing wrong? Should I set up those tags somewhere so I can use them in flows?

Thank you for app, btw.

Did you use correct ip for connection? I had the same problem when I tried to connect to the router with default 192.168.1.1

You have to specify which user in a logic AND card:

Thank you for response! I got dynamic IP, how can I use Mac instead?
This is the list of connected devices in my ‘AND’ clause.

When you edit the AND logic card, click on the tag. 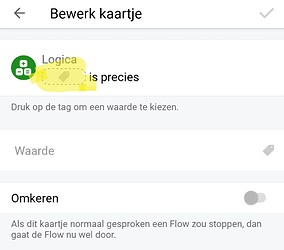 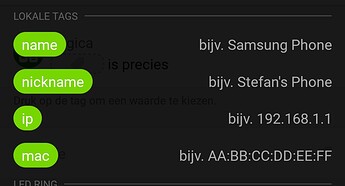 I’m currently investigating a way to implement HTTPS support too.
I am having some issues when trying to get a token from the Asus routers due to the DNS that is hardcoded and forced by homey, therefor skipping the router.asus.com endpoint…

It could be that I am not able to implement this at all due to this problem, this will require that the asus routers need to be set to HTTP and HTTPS or HTTP only.

Was hoping that wouldn’t be necessary but Athom won’t allow changing DNS server, not even by code before making HTTP requests.

It has been a long time since I had time to work on the app, but I added a few improvements in the next test version. If you have access point devices it will now hide the capabilities that are unneeded for those devices.

Please help me test the above version

Thanks for the update!
I use my XT8 set (2 nodes total) as access point.
Here’s my before: 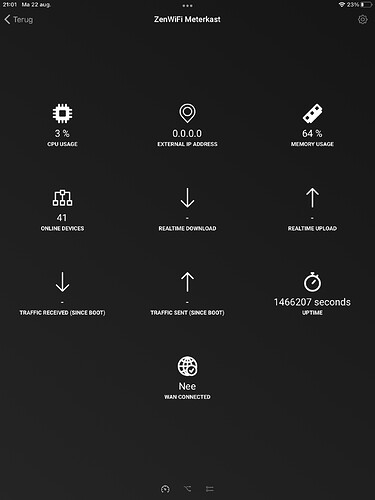 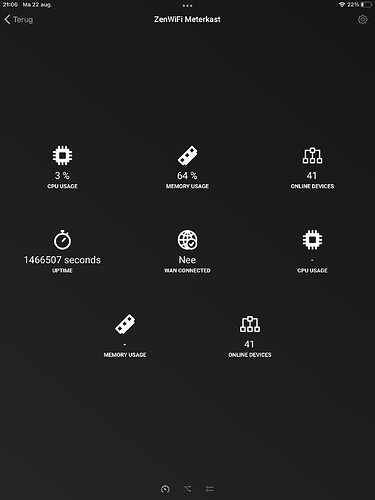 I have memory and cpu usage double, one of both not showing a value.
Is it possible to display the uptime in a different unit? Those a re a lot of seconds to recalculate to mins, hours, days, etc…

Hmmm, I had this once during testing too, it seems Homey doesn’t like removing or adding capabilities to devices.
If you restart the app a couple of times it should resolve itself. Each time the app starts and initializes the devices it checks if it needs to migrate some capabilities. If it doesn’t resolve with a couple of restarts of the app please let me know and I will see if I can improve it further.

Due to the rename of the capabilities it is now possible to select a status icon too like the amount of online devices, if wan is disconnected or cpu or memory usage.