I installed a fibaro wallplug walli. It works great but a few days ago it for some reason is reporting the energy as a negative value… the energiemeter is counting upwards so that is working, its only the actual usage that is beiing reported as a negative value.

Its messing with my flows so kind of annoying. Anyone any idea ?

I don’t know exactly which you mean by “Fibaro WallPlug Walli”, but I have a total of 11 Fibaro WallPlugs (Z-Wave and Z-Wave Plus) and no problems with them.

The wallplug is called “walli”… its not the one you plug into a socket but the socket itself.

I do not think the issue is with the socket itself… the usage that is done is counted as negative (like: when my car is charging it reports this as negative usage) but the “total used” counter adds up the way it should…

Ok, you mean the “Walli Outlet”… 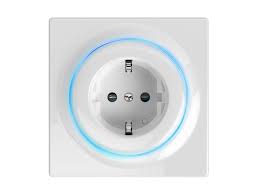 I can’t really imagine that the problem is caused by the device either. Maybe it is a problem of the Homey Fibaro app. I would simply contact Athom about it. Recently, both the app and the Homey firmware have been updated from time to time because of Fibaro Walli devices. However, you will probably have to wait a long time for an answer, I have already received an email from them that they are currently having personnel problems dealing with the support requests.

One possibility would be to exclude the Walli and then include it again.

I sent an email in during the weekend…

Yes, it should and may not matter, but… there where year that hitting a tv also worked.

I troed that already, did not make a difference.

I don’t know if this issue was solved but I had a similar issue : I declared the item that was plugged in as solar panel → this causes the fibaro plug to reverse its counting. Probably because it is expecting the currentflow to be inverse …
Just changed it so something else in settings and … solved.

It never got solved… its declares as what it is : a smart plug…

In the meantime I have installed 3 Walli Outlet and I don’t have such a problem.
Did you recognized the post from @Robin_Gobyn?
What kind of device did you choose what is plugged in?

A walli outlet…. What do you mean by “what kind of device” ?

I just added a walli outlet…