I try to collect temperature data from a owserver (one wire data collector) the data is exposed as http://192.168.31/details.xml . There is a partial example of this file below
I try to collect the DS18B20 temperature and put it in a variable called Temp_DS18B20 with the use of this flow. No error but also al my clues for the THEN card are not working. What am I doing wrong? 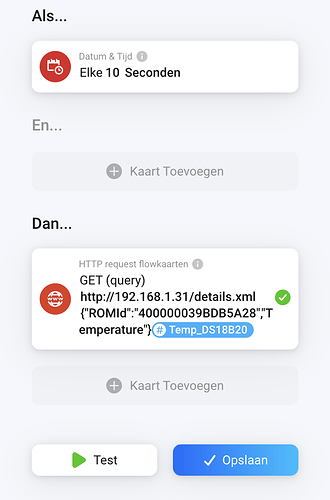 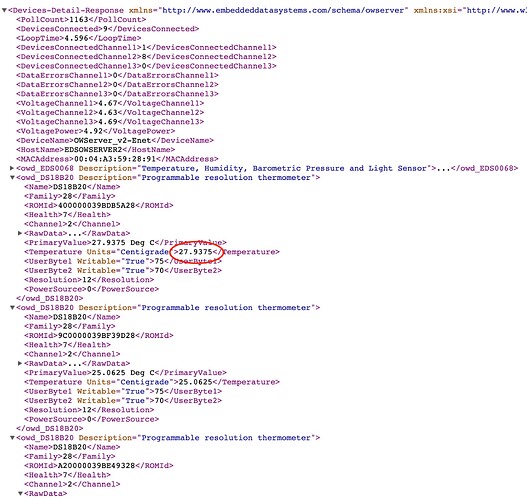 Try to use this card instead: 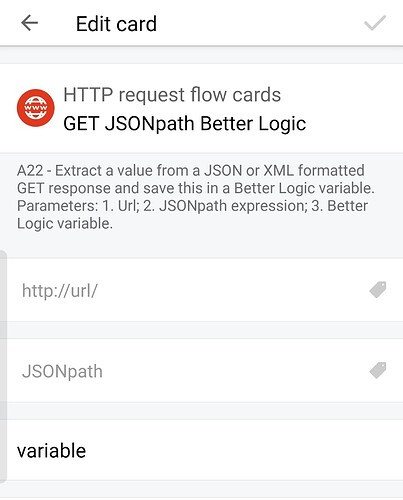 Note, the “variable” entry is clickable and shows a list of BL variables to pick

think 10 Seconds is too much for Homey, better try > Minutes

Hi gent’s thanks for the remarks. Followed them, but now I have no response and no data.
Is the JSONpath expression correct as in shown the flowcard example? I have tried various possibilities but seem to lack sufficient knowledge on what I am doing
Is it possible to drill down to this temperature from an webbrowser to test the JSON path? 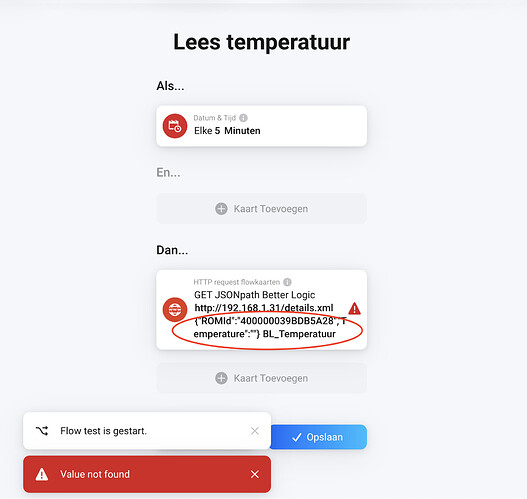 I suddenly thought of an other recent topic, because of .xml
Maybe you can get some ideas from it

Peter, Thanks for your suggestion, I also found the topic you referred to but dit not at all understand how to reform it to my wishes. I will test your proposal and have to start learning HomeyScript after all because I have to import much more values before really making the step from Vera3 to Homey
Regards,
Jacob