This app will only work with the Link Plus and devices that connect to it, so NOT remotes or wireless switches etc. For those you still need the original Lightwave app.

This app will connect via your Lightwave account using their official API. You will need to obtain the Bearer and Refresh tokens from your Lightwave phone or web app and enter these into the app settings page.

If anyone wants to side load to test or start using it the source is here: 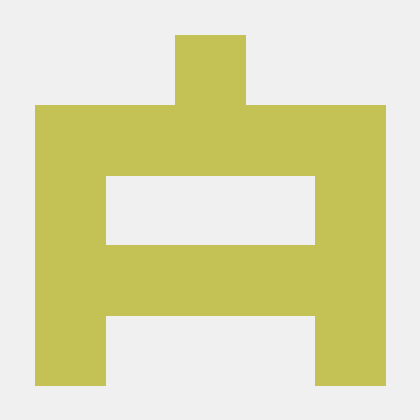 Thanks bvdbos for pointing this out to me

Edit: I have now fixed the spelling error in the git title so samert should be smart

The app has now been published in the app store. Currently version 0.2.0 beta. I would be grateful for any feed back.

I’ve not had any problems reported with the app so far so I have requested it is published as 1.0.0 release. I have added a support for the energy meter and the door contact in that version.

I have now got the webhooks version working so once the current beta is moved to release I will submit this to beta. Then if there’s any problems with the webhooks users can switch back.
The webhooks are fast to respond for me so it was worth the time.

I had an issue connecting a L21EU, it doesn’t find it when installing and the box below is filled with text: 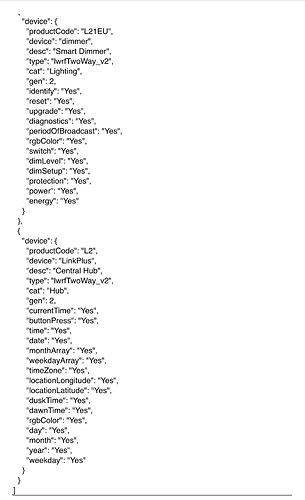 Ah, only just seen this so I will add it in when I get home.

The beta, using webhooks, has now been published.

I have moved the beta to stable as I have had no problems reported by those using the beta. I have been using it for several weeks now without any issues.

I have also requested a new beta to be published that adds support for the newer EU devices.

Hope this all goes well for everyone but please let me know if there are any issues.

1.0.4 beta now published.
This adds support for the latest “EU” devices. Unfortunately, I don’t have any of those so maybe someone could let me know if they work or not ( Bigbrother_Jason maybe).

Will install right away!

Ive installed and put it in teo flows. Seems to work great. The dimmer I added is duplicated in the Home app so I removed the Lightwave bridge from The Home app in the phone and that also worked. No issues in 24hours

Thanks for letting me know. I will push the beta to release.

This shows power usage for dimmers.
Unfortunately, existing dimmers will need to be removed and added back in to see the extra capabilities. Then flows that depend on those dimmers will have o be repaired.

A new beta has been published (1.0.8) with the following changes:

It appears the LW have stopped posting updates to the Webhook. As far as I can see the Homey Webhook feature is working fine so I have submitted a support request to LW to try and find out why.

As a workaround I have requested a new version to be published that has an option to revert back to polling for values.
The full update log is:

Hopefully LW will get the Webhook working again as it is very easy to overload the LW server with requests when polling.

The new beta app (v1.0.9) is now published. I wish LW were as responsive as Athom, presented yesterday evening and approved this afternoon.
Hopefully LW will fix their events (Webhook) soon as it is far better than polling when it was working.

LW have still not fixed the webhooks.
So new beta version is available that improves the polling performance by using the LW batch call.
I have also changed the webhook to an endpoint so if LW ever fix their events it might be more efficient.

Looks like LW have fixed their Webhook / Event system. So I have published version 1.1.0 of my app which now works with the latest LW API and responds to state changes almost instantly without constant polling being required.
This version uses Homey end points instead of Homey webhooks so each Homey has a unique URL for the LW Event callback.

I have posted an update to the store. I am still trying to get used to the new submission process and a new rule is no change log in the read me. Instead we have to add changes to a new one line change log feature and it didn’t record the information I submitted with 2.0.1 that was rejected because it still had the change log information in the read me.
So to be clear the new version fixes an issue where -1 is reported for power if the request fails. Also added support for the Home / Away remote.