I’m working on those flow cards now. It will be a manually settable percentage.

New version 4.6.1 is ready for testing: Power by the Hour | Homey

works perfect for me!

Hi guys,
I’ve had this app for a while, but never really used it. Now, with the surging electricity prices I’ve found something I can hopefully use it for - to measure the usage of energy hungry devices.

Could someone help me figure out how to do something like this?

That is done by PBTH out of the box. No flows needed. Just add the devices you want to monitor. After a few hours already you will know how much they use. And in Insights you can look at the usage over hours/days.

A post was merged into an existing topic: [APP][Pro] Power by the Hour [Feature Requests]

Thanks. I’ll try it out

But…forgive me for asking (did search), but how do I set the bidding region?

how do I set the bidding region?

During pair of a new DayAheadPrice device.

Ok, thanks. I finally got it (I think). Didn’t realize I had to create both a DAP device and a device listening to another device

Yes, if you have dynamic pricing you need at least 2 devices.

The summarizer device is for monitoring the energy usage and monetary value of that usage. It works immediately if you have fixed energy prices.

The DayAheadPricing (DAP) device is additionally needed when using dynamic energy pricing (where your price per kWh changes every hour.)

Any chance of getting the maximum electric price of the day, and not only the lowest?

Could avg. price tomorrow be added and updated as soon as tomorrows prices are announced?

Please post your feature requests in this separate item: [APP][Pro] Power by the Hour [Feature Requests]

Ah ok. Thx for reporting. Will fix it in the next version. For now you can remove the currency symbol in settings, and after applying set it again to your currency.

This is confusing me, trying to make my first flow based on set price. All prices are in NOK, except on the flow card?
Tried deleting the currency settings and saving, but no change. Is the price in euros or is it just the symbol? 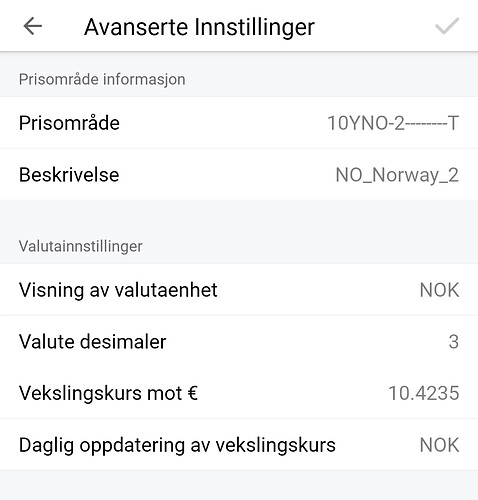 Is the price in euros or is it just the symbol?

It is indeed just the symbol. In your case it should say NOK. But this is a flow card automatically generated by Homey itself and I am therefore not able to change the symbol for that card. It is actually a bug in Homey that is present for all apps where the unit is changed from the device settings. You could report it as a bug to Athom.

Thanks for the quick response.
Will report.

@Mark_Jiskoot many thx for your kind donation!

Hi. I’ve searched this topic and found that others have the same issue as me but i cant seem to find the solution, or maybe i have but haven’t realized it

In PBTH 4 of these devices can be added which is right since one device dont report any values. Phase 1-3 dont have any total kwh values reported so when added to PBTH it is setup with watt reportage which is understandable and this is working in PBTH, the values get reported. However when i try to add the device in homey which qubino reports the total values for all 3 phases i dont get any reported values in PBTH. It is this device that holds the total reported kwh values and total watt used momentary by the 3 different phases.

If I compare to the readings in insights it seems alright.