I have published a simple app for basic On/Off and channel up / down control of a Sky Q box. 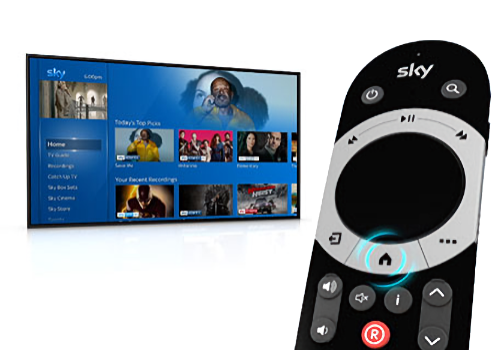 Make Sky Q part of your Homey automation all in one place, easy

The app uses uPnP discovery when adding new devices to Homey and can poll the box for the current power state.

There are the usual flow cards:
When:

Let me know if there is anything else that you need and I will soo what I can do.

Since making the app I have found one more useful feature. The Sky Q remote can also switch off the TV but you have to hold the power down button for about 3 seconds. So the sequence to turns everything off is: Press power button to switch off Sky, the press and hold power button for 3 seconds to switch off the TV.
One problem with that is when your finger slips, as it turns Sky back on, so you have to start the procedure again.

With the app I have now setup a flow that triggers when Sky is switched off and the action turns off the TV. So now we only need to press the power button on the remote control once and it turns everything off.
Even my wife loves this feature

I have had a couple of crash reports caused by uPnP devices that refuse the connection during discovery.
I have published an updated version, available in https://store.homey.community/app/com.skyq that will hopefully fix that problem.