I´m an e_niro owner (got the car a month ago), I have not tested your app yet but what I can see from your posts it looks very promising. I use ABRP a lot and I think it would be beneficial to also have that integration.

Keep up the good work!

I requested (and received) an app API key from ABRP. With that I managed to get ABRP support integrated in the Homey app. You only need to supply your car / user key that can be obtained for free in the ABPR app.

The integration works good for me

. Just a pity that the ABRP is not compatible with android auto. Now I have to navigate on my phone screen when using ABRP.

Hi. Nice to see progress here as I am considering a Kona electric.
But please tell me, I do understand the meaning of ABRP as such. But what is the upside to implement it with this app? What can Homey add to this?

What can Homey add to this?

ABRP uses your car’s energy consumption to calculate the most optimum route when including the required charge time. So for long trips it can save you an hour or it can even save you from stranding somewhere with an empty battery and no charger nearby. I got back from France today (2×1000km drive). ABRP was vital for me to plan my trip, recharge stations and how much recharge is needed. You don’t want to put more charge in the battery than needed (plus a 10-20% buffer), because anything over 80% charge just takes a very very long time.

For its calculations ABRP uses a fixed average consumption number (my e-niro is around 170 wH/km @ 110km/h). To use real consumption figures in ABRP, you can install a connected dongle in your car that does live uploads of the SoC (state of charge), speed and location of the car.

Now with my Homey app, you don’t need to install a dongle + SIM. Homey will get the live data for you from the car, and acts as a bridge to upload it live to ABRP. Note that if you don’t want to upload any data to ABRP, just don’t enter your car user-key in Homey.

So adding it in my Homey app is just a small gift to all future users. And it’s all for free!

Thanks @Gruijter, the last bit explained it all! I was honestly wondering what ABRP contributed with and you explained that in a very logical way.

Now the question is, why the heck does not all developers here that develop car apps do that?

Maybe there are not that many electrical cars yet, but the functionality could be used by plugin hybrids as well. Well, that is another story!

Exiting news. I find the app is now stable enough to publish it in the app store. It is waiting for approval by Athom.

Changes since the previous Github version:

Can’t wait to get my new E-soul in November

@John_van_Krieken made his Hyundai Ionic available for remote testing, and I am happy to announce that Hyundai is now also supported in my app. (at least the Ionic in EU)

@Undertaker made his Kia Niro Hybrid (so no EV!) available for remote testing, and this wasn’t so easy to implement. But it is working now for non-EV vehicles also (at least the Niro Hybrid in EU)

I am now trying with Athom to get it released in the app store. Also this seems to be a challenge, because Athom did certify my app this afternoon, but it is still not available in the app store. Probably because it is only compatible with Homey V5.

The app is live! 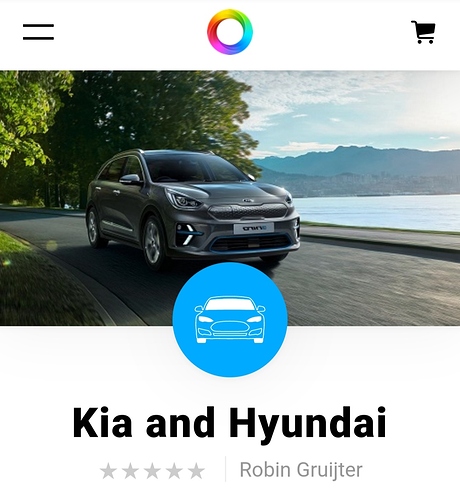 Note: Only as Homey V5 test version at the moment. 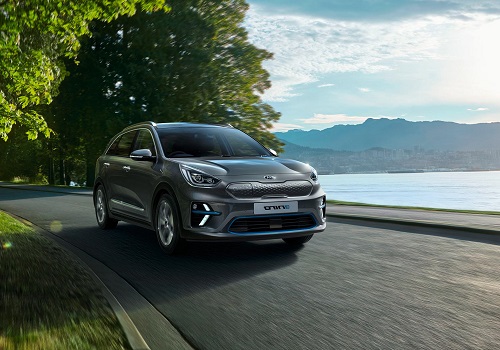 Latest at that day i will update to homey 5.x

The first thing I will do is installing your app and of course you will get feedback. Either a very positive one or a constructive one

Thank you in advance for all the investigations and reverse engineering. I know how much pain in the a** that can be.

v1.2.0 is waiting to be approved by Athom. It has many many improvements.

Besides a lot of stability improvements and fixes, it is now possible to automatically start getting live data from the car as soon as your phone connects to the car’s bluetooth.

For Android and iOS there are apps that automatically trigger Homey to start getting live updates as soon as your phone connects to the car’s Bluetooth. In the automation script you need to open the following web-page (HTTP GET):

There are multiple apps that can do this. For Android have a look at automate and adapt this flow to match your own car’s Bluetooth, your Homey cloudId and secret (search for Homey in the community flows). For iOS have a look at shortcuts.

Now Athom only has to release the new versions.

Yes, its still a problem because Homey V5 has not been published as stable yet.

But for now the new app can be found here:

It is so nice to see the progress, @Gruijter. I have not decided on what the next car will be, but definetaly a electric drive train is wanted, at least a plugin hybrid. Unfortunately, most car brands miss a Homey app to control pre-heating and other functionalities. Your engagement and the actual functionality of your app really pushes me towards Hyundai Kona.
It is a strange time we live in, when you look for a car depending on interconnectivity.

I mean, where is the VW (GTE, ID3) or Mercedes (have loads of hybrids) apps? Those cars are quite popular. Well, this was a side-track. Great work!

It is a most fair offer, I think!

There is one thing that bugs me though with the Kia/Hyundai API. Polling the car for its state drains the 12V battery if the car is not ‘on’. This would be no problem at all if I know when the car is on.

That is why I spent a lot of time on ways how to trigger the polling, without draining the 12V battery too much. And it is not user friendly from a driver perspective.

Installed Homey 5 beta today just to be able to install and use your app with my Kia Niro EV. I have everything working now, but I had a lot of trouble to actually “pair” the car with Homey.

I used the correct username and password but still got an message telling me that the credentials was wrong. I looked in your apps log and it told me that username/password was OK but after that it got “Bad Gateway”. I experimented a lot and found that if I use another device (my iPad) to logon on using the Kia UVO app and then directly loged out again, after that procedure my credentials was accepted by your app. But then I got stuck on the PIN…exactly the same thing with a log message telling me that PIN was OK and after that “Bad Gateway”…
I tested the same strategy, logged on on my iPad using Kia UVO app, forced an update so I got prompted for PIN and then I logged out, and guess what…my PIN worked in your app and my car was available as a device in homey…and from there everything seems to work as expected and I really LIKE what I see!!

Thx 4 the feedback! What region (country) are you in?