The when clause should not use transition started, but transition reached a step. What you did only does the first step. And the then step should use the local tag with the transition value for the luminocity, not a constant 13%. And last but not least: dimming values are 0 to 1 (as in 1=100%) so the transition should not run from 0 to 60 but from 0 to 0.6 to make it all work.

I’m on homey 5.0 but i can’t add a new timer, stopwatch or transition. The message is “No new devices found”

That would do the trick

Hi, is it possible to see the timer in minutes in a button on the dash?
now shows like this 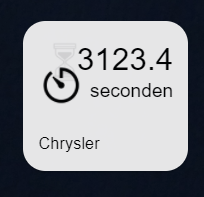 Hi. I would like to use the “delay has passed” feature within the “and” section of a flow, but somehow it looks like this works only up to 59 seconds. Did anybody observe same behavior? Maybe a bug? As soon as I enter any value above 59 seconds this stops working

I am using CountDown and Chronograph looks nice, but very similar.
(I looked previously at another timer, but decided to move back to CountDown, due to lack of support and I prefer the flows to be uniform)

Why did some of you move? Advantages/disadvantages?

Update (here’s my list, happy if you can add):

PS. to add to the confusion, there are so many timer apps now, I guess a first thing to check is support by the developer. In Chronograph I did not see a reponse from the developer since Nov 2019 to some questions/bugs (but the app works and has happy users). Here are some other apps I was using: 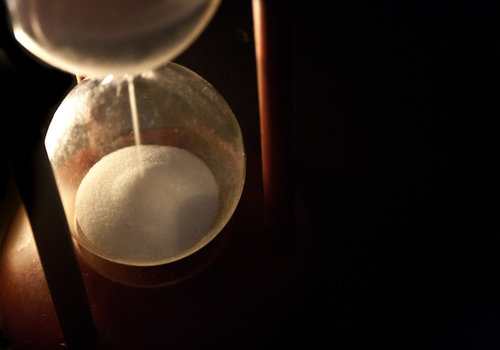 Use CountDown timers to control your flows

I’m trying to figure out the real differences between these to apps before I use them too extensively. I hope someone who have tested them both could help me fill out the blanks. Countdown by Ralf van Dooren are simple but effective. You have to create the Timer variable in the app and you can then use it in the flows, set the number of seconds (start/update) and stop it by setting 0 seconds. You can also manually set seconds in the app for testing purposes. The downside is that all your varia… 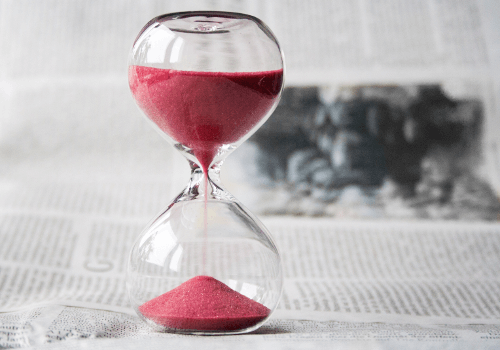 I am looking for a simpler solution for the problem described below:

Because you can use tags in the transition flows, but can’t do math with the tags, I created a flow to calculate the duration and step level.
See below: 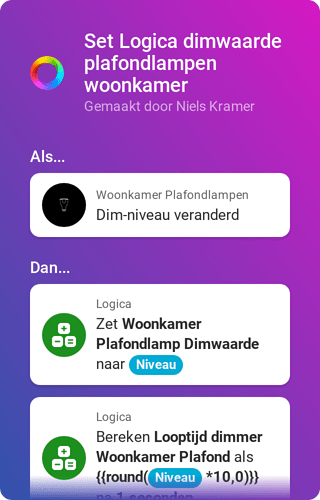 Ik know I can leave out the first logic variable called Woonkamer Plafondlamp Dinwaarde, because this is just the dim level from the lamp. I just made this variable so I can see it changes during the transition in my list of variables.

With the variables, I created the transition flow: 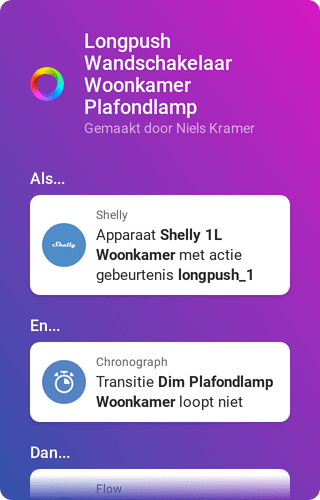 I had to disable the first flow, because otherwise Homey disables that flow because it gets triggered too much.

I was hoping I could somehow make the flows easier or use less variables, because I’ve got to program a lot of flows and variables for a lot of lamps…
Are there ways to incorporate or calculate dim duration and number of steps without using the first flow?

This is probably better done by a routine in HomeyScript.

I’m not really familiar with writing scripts in HomeyScript. Do you have an idea how to do that?

Start by reading and understanding the examples and try to make changes, and for specific problems, ask for assistance here, but not for complete solutions.

@TheFops: I didn’t read the whole story, but it looks like you are using Chronograph (very useful app by the way) to recreate something that [APP] Splines does way better, maybe you should look there.

Thanks for the suggestion, but to me it seems that splines is more useful for times during the day. But I just want to start a transition with a wall switch…Or am I wrong?

How you want to start a transition is not that important, but what you want isn’t a lineair function. Transitions are lineair, splines are not, so that is why I think they are a much better fit.

I do not know the shelly device that well, but if the button is also directly controlling the bulb that you want to apply the transition to then that is a challenge in its own, regardless of the kind of transition you use. Then you are bound have the bulp start in the wrong brightness and also at risk of ending up in an infinite loop.

Reading up un your example again, your needs are lineair. But your problem is that the the transition is determined by the thing you want to transition, so you are looking at the infinite loop trouble too. The trigger MUST be something else then the dim value. You can use the the dim value in the then part of the trigger to calculate the transition though, as long as you calculate all the things you need then.

The Shelly device is not connected to the lamp. I just use the Shelly’s as a wall switch input, they don’t have an output (they are linked to the light bulb, but the switch doesn’t switch the bulb on or off. It just acts as an event action).

I’m not sure that I understand the second part of your reoonse correctly, but from what I see is that my transition is linear, only the starting point and therefor the duration is different each time.It would be nice to use some simple math in the transition values, but from what I see, that isn’t an option.

Usinf splines won’t solve my problem either, because X would then be dim level and Y as well, so I’m not sure how that would help me.

PS: maybe I should start a espérate topic for my problem? Because maybe it’s not only related to the Chronograph app…

If you calculate the values using logic cards in the flow that is triggered by the shelly, you could use the variables with the calculation when starting your transition.

I guess there has to be a 1 second delay for starting the transition after calculating the values, right?

Due to Homey doing things asynchronously yes. It could be prevented I guess if you trigger on the change if the variable, but that would involve daisychaining multiple flows for each variable and resetting the variable afterwards.

A better option could be to calculate the values in an and condition using Homeyscript. That is always evaluated before then. You can set local tags from Homeyscript I believe.

I thought there was a bug, but I just misspelled my timers. All’s good.